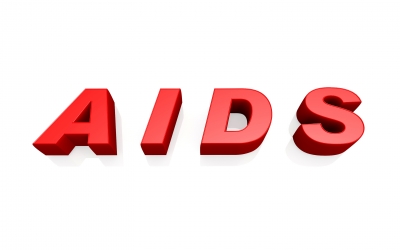 In 1980, no one knew about Human Immunodeficiency Virus (HIV) or Acquired Immunodeficiency Syndrome (AIDS). Now almost everyone is aware. Still, many people do not know how HIV is transmitted, and who is at risk for infection. Nearly one million people are HIV infected in the United States. About 10% of these have AIDS. AIDS is the disease caused by infection with HIV.

It takes an average of 11 years before someone infected with the HIV virus actually develops AIDS. During this time, many people who are infected feel fine, look well, and may not know they have the virus. Unfortunately they can pass the virus on to others during these years.

HIV is passed to others by:

direct intimate contact with body fluids, such as blood, vaginal secretions, or semen

an HIV-infected mother to her baby during pregnancy

Casual contact does not transmit HIV. People of any age, race, or sex can become infected if exposed. The fastest growing groups include heterosexuals, women, and teens. HIV is an “equal opportunity virus.”

Three to six weeks after people are exposed and infected with HIV, most will get the “HIV flu.” Symptoms of this include a sore throat, rash, fatigue, and swollen lymph glands. This “flu” resolves in one to two weeks. After this, there is usually a long period during which the virus is growing inside the body.

The person who is infected may have swollen glands and fatigue, but otherwise feels OK. HIV infects special immune system cells called T-helpers or CD4 cells. These cells help fight off infections. As HIV disease progresses, the number of these T- helper cells is diminished, resulting in a loss of ability to fight off infections.

Symptoms of AIDS eventually start to occur. These may be non- specific, such as loss of appetite, fatigue, and night sweats. More specific symptoms include thrush, vaginal yeast infections, skin conditions, and dental problems. Serious infections may begin to occur when the T-helper count falls to less than 25 percent of normal. It is at this time that a person is said to have AIDS.