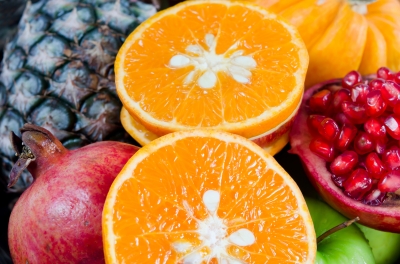 However, when the presence of free radicals increases to an abnormal level the danger begins. The danger exists in the potential for genetic material in the form of code structure to be altered in a manner that is destructive to the related cell. For example, changes in proteins structure can occur as a result of proteins synthesis errors that can occur as a result of free radicals. The new and undesirable molecular structure is often referred to as a mutation, due to the fact that the original molecular structure has been altered.

Free radicals can be caused in numerous ways. They include exposure to radiation, the exposure to toxic environmental pollutants such as tobacco smoke. Other environmental chemical pollutants include pesticides; chemical compounds found around the home in products used everyday. Just read the labels on most containers of commercial chemical products founded the local grocery store and/or hardware store and a list of chemicals on the content label should be enough to scare a sensible person.

One of the more important sources of free radicals is actually a normal everyday diet, or what has become a normal everyday diet. Normal is not necessarily an indicator of proper, as normal merely indicates the widespread cultural tendencies regarding diet. The body in the process of obtaining nutrients through the diet, utilizes oxygen, and in this process oxygen molecules containing unpaired electrons are released into the body. This form of free radical has a particularly destructive tendency in the body. Its tendency to create damage is due to the wide spread improper diet throughout the world especially what is considered in the western civilization. For instance, the diet high-end fat can increase free radical activity significantly because oxidation occurs readily in fat molecules whereas free radical activity in carbohydrates and/or proteins molecules occurs to a lesser degree. Cooking certain substances such as fat and a high temperature can produce large numbers of free radicals, which overwhelm the immune system shortly after intake of the food product. Cooking other fatty substances at temperatures at which the substance turns black, creates a particularly dangerous form of food product containing very high amounts of free radicals to roam the body creating havoc.

In summary, free radicals are the major cause for aging and for the general degradation of our body. They work against our immune system and play a major role in the development of chronic and degenerative disorders. The damage caused by free radicals to the human tissues is the driving force behind conditions ranging from arthritis to cataracts to heart disease to cancer. Many health disorders are directly traceable to free radicals. Fortunately, the damage caused by free radicals is primarily oxidative and may be reversed by using antioxidants in sufficient doses.