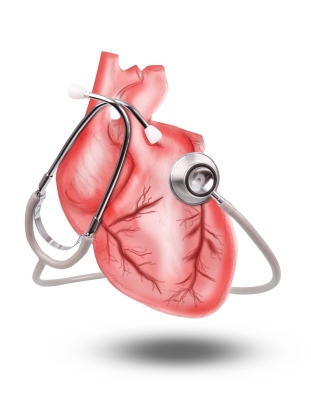 Image courtesy of khunaspix at FreeDigitalPhotos.net

Most people do not know that the gland just below the neck plays a significant role in maintaining homeostasis (balance) in the body. This gland is called the thyroid gland and just like other body organs, it may not function well especially in the presence of another disease or infection.

When the thyroid gland produces insufficient amounts of thyroxine, the primary hormone produced by the gland, hypothyroidism occurs. The body’s metabolism goes haywire resulting to signs and symptoms commonly seen in the disorder. It includes hypertension and above normal levels of cholesterol in the blood. These symptoms are similar to the ones seen in people suffering from stress. People with hypothyroidism are at higher risk in developing cardiac arrest.

A recent study was done in Rotterdam to check the thyroxine levels of individuals who are above 55 years old. It should be noted that most of the women subjects are in the menopause or post-menopause stages during the research period. Data collected during the research study are the subjects’ age, height, weight, medical history and smoking status. Diagnostics tests that were carried out include blood pressure and levels of cholesterol, sugar and thyroxine in the subjects’ blood. An ECG exam was also done.

The researchers found out that most of the subjects have symptoms similar to those seen in stressed individuals. The symptoms include dry skin, fatigue, lethargy, brittle hair and feeling very cold. The research’s main finding was the correlation of low levels of thyroxine among the subjects who exhibited the stress-like symptoms. Those with sufficient levels of thyroxine did not exhibit the symptoms experienced by those with hypothyroidism.

When there are low levels of thyroxine in the blood, the heart’s normal function is disrupted. As a result of the disruption, cholesterol clogs the arteries, which in turn increases blood pressure. Individuals with increased blood pressure are most likely to suffer from cardiac arrest or heart attack.