How To Deal With Male Breast Cancer

How To Deal With Male Breast Cancer

It can be quite devastating to have a man be given the news of breast cancer but there are ways to deal with male breast cancer today. The advanced technologies of this era bring on amazing effective means against male breast cancer besides the increasing amount of information concerning this health condition. 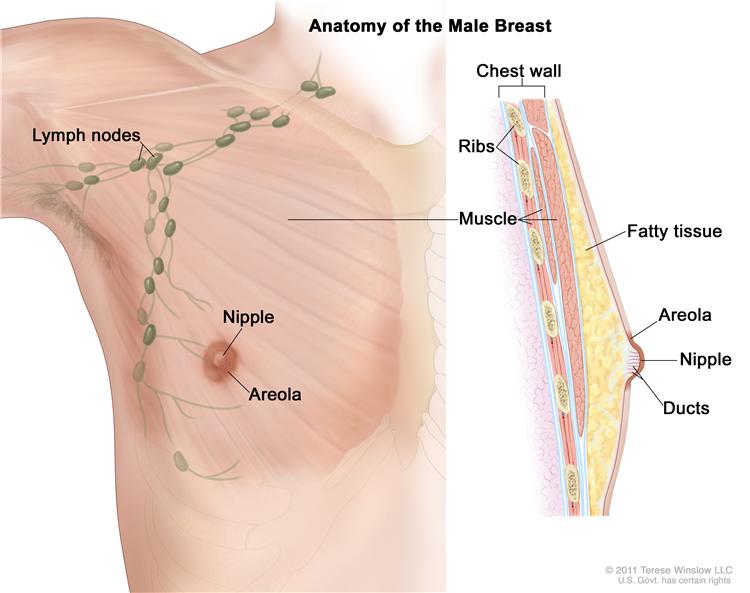 Breast cancer is not a woman’s disease alone with confirmed research and studies revealing its ugly truth; men can get breast cancer too. Men who are diagnosed with breast cancer can be more devastated with the news than afflicted women as the possibility of contracting this disease is thought to be confined with the fairer gender.

Imagine that you are a male, sitting in a radiology waiting room. You just had a mammogram and a fine needle biopsy on your breast tissue. In your hands rests a pink pamphlet about breast cancer that prominently displays a woman checking her breasts. Surrounding you are women’s puzzled and surprised expressions at seeing you in a bright colored pink Jonny that doesn’t quite fit your frame.

Someone calls out your name and as you enter the consultation room, you hear the words, “You have breast cancer.” It is not often we read stories about men with breast cancer. Yet for some men, this scene is their reality. I talked with and surveyed almost 100 men with hereditary breast cancer and/or at high risk for developing breast cancer.

We are just beginning to understand the challenges men face in grappling with what is so commonly thought of as a woman’s disease. By listening to men’s breast cancer narratives, it becomes clear that many of the men I spoke with felt the health care profession abandoned and trivialized their health concerns and worries even when, on a routine physical examine, they presented with a small lump in their breast and/ or some discharge coming from one of their nipples.

Their initial symptoms might stretch out for months or even years before any medical intervention was initiated on the part of a health care provider. No cancer history was taken at the time of their initial examination, and for those men with a history of breast cancer in their families, none were told that perhaps they might, in fact, harbor the BRCA 1/2 mutation for breast cancer.

It is not surprising, then, that men who undergo genetic testing for the BRCA 1/2 breast cancer mutation get tested much later in their lives compared to women, and are diagnosed at a more aggressive stage that places them at a greater risk of dying from breast cancer. One participant in my study stated, “No one told us anything about having a hereditary risk for cancer.

When I say no one, I had asked an oncologist in San Diego … about it, and he told me it goes from mother to daughter and I shouldn’t be worried about it.” Another participant stated, “Not only have I had men tell me that they didn’t need to worry because it can only be passed to women, I’ve had doctors tell me that.”

Misinformation such as this is common, and also contributes to men’s lesser awareness of the BRCA genetic mutation and its health implications. Being at high risk for breast cancer also ……….. The more important aspect of men with breast cancer is an understanding of their emotions and helping them cope with the condition instead of treating them as another patient per se. Men who are diagnosed with breast cancer needs to know how to deal with male breast cancer to cope with the disease while seeking the best medical treatment.

Modern technologies and medical research may offer an effective treatment of male breast cancer but the more essential healing process is the emotions of the afflicted male.  The myriad of well established health care centers around the world offers comforting avenues on how to deal with male breast cancer in full support to the patient.

Tags: How To Deal With Male Breast Cancer