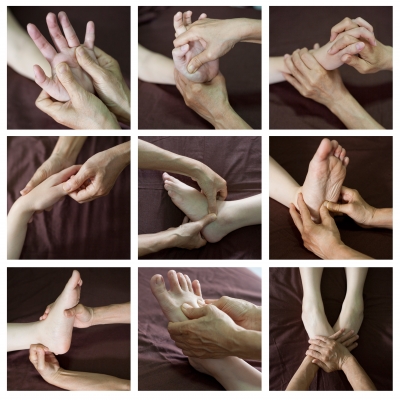 Image courtesy of 2nix at FreeDigitalPhotos.net

Reflexology is a type of alternative therapy that has been used for centuries. As opposed to many types of conventional medical treatment, a reflexologist focuses on massaging parts of the feet and the hands in order to achieve results. In this article, we’ll be reviewing some of the history of reflexology so that you can get a good idea of where the practice came from and where it is going.
Many feel that reflexology actually had its roots in ancient Egypt, as inscriptions found in the tombs of physicians appear to seem suspiciously like they pertain to reflexology. Experts in the field believe that the practice was taught to the ancient Egyptians by the Roman empire. Whatever the case, reflexology has been traditionally used in Asian countries, as well.

As far as modern day times go, reflexology was first brought to the public’s attention around the year of 1917, when a man named Dr. William H. Fitzgerald published a book on Zone Theory, which contained many of the basic ideas that would lead to our modern understanding of reflexology. In the book, Fitzgerald stated that many of the problems that individuals have with pain are a result of a dysfunction of the body that can be aided via the manipulation of special pressure points or ‘zones’ located throughout the body. He stated that by manipulating one part of the body, another part of the body might feel an anesthetic effect. Fitzgerald’s works would be improved upon in the 1930s by a woman named Eunice D. Ingham, a physical therapist who stated that the reflexes that were located within the feet mirrored the organs of the body to a large degree. This idea created much of the basis of modern reflexology as we know it today. She created a basic system that could be used for individuals to practice reflexology on themselves or on other people, creating the first uniform treatment plan of reflexology. She continued to spread her knowledge of the procedure, touring throughout the rest of her life to help to bring reflexology to the masses. To this day, many people continue to follow.
These days, more and more people are beginning to see the merits that reflexology can offer when it comes to helping to get over various symptoms. Hospitals and HMOs have begun to employ reflexology practitioners in order to provide a more complete service for their patients. Some insurance companies have begun to cover reflexology therapy on their plans, a clear sign that the procedure can be of merit when it comes to helping individuals to overcome problems with both the body and the mind. For all that we know about the procedure, however, there is still a lot that we have to learn. While we know that reflexology can be effective for treating problems, there are many conflicting viewpoints regarding exactly how the procedure works. The number of reflexology practitioners in the United States and abroad continues to grow, and in the future, we will hopefully have some better indications of how the reflexology procedure works to help the body so we can make the procedure even more useful than it already is.