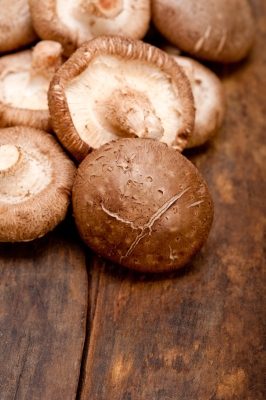 The healing power of medicinal mushrooms has been known in the Eastern world for thousands of years. They have been used to heal a huge spectrum of diseases, even the most serious ones, such as cancer. In the Western world, their health benefits slowly begin to uncover. There are scientific studies that have proven their benefits in improving the immune system and decreasing inflammation. For that reason, medicinal mushrooms can prevent many diseases, because inflammation causes a lot of trouble in a body. According to several types of research, they can lower cortisol thus preventing dangerous consequences of stress. They are also considered natural antibiotics for its antiviral and antibacterial properties, with a single difference – antibiotics are useless against viruses. Mushrooms are rich in protein and essential amino acids, too. Their nutritional value is also based on various vitamins such as beta-carotene, vitamin C and ergosterol (provitamin of vitamin D). Furthermore, medicinal mushrooms contain substances that can fight viruses, bacteria, fungi and other pathogens. Among them, the most effective are polysaccharides, steroids, triterpenoids, and nucleotides. They boost the immune system because they help the body produce interferons. Moreover, they enhance the production of interleukin-1 and interleukin-2 that fight different types of cancer. To learn more about the healing power of medicinal mushrooms, the article “Medicinal Mushrooms, Chinese Medicine / Herbal Medicine” gives us the following insights.

Mushrooms have been scientifically proved to having anti-bacterial and anti-viral properties which assist the body in fending off diseases like Polio, Hepatitis B, HIV, Influenza, HSV-1 and HSV-2 as well as the small pox virus.

An in-depth analysis of mushrooms a few decades ago also led to some interesting discoveries. Scientists discovered that some enzymes present in the stipe can be used in the manufacture of detergents. On the other hand, toxic elements in some mushroom species that the plant presumably uses to deter predators (including humans); can be used to produce environmentally friendly pesticides.

In 2013, the US Davis School of medicine in collaboration with US Davis Comprehensive Cancer Centre continues to do research on the impact extracts from mushroom have on patients of prostate cancer, and they are very optimistic about the results.

The Mushrooms and Health 2012 report that was prepared by the Commonwealth Scientific and Industrial Research Organisation (CSIRO) confirmed the health benefits of the mushroom. CSIRO is Australia’s biggest food research organization.

It is therefore evident from all its various uses, medical and most importantly its dietary benefits it is clear that mushroom is the most significant fungus after penicillin.

According to mushroom experts, the most effective are blends of mushrooms, because their properties act the best when in synergy. In this way, a blend of mushrooms can cover a wide spectrum of viruses and bacteria, which is especially important in our modern world when we face a lot of resistant bacteria to modern medicines. They also recommend using organic mushrooms, for their ability to absorb the substances from land. The more nutritious the land is, the more are the mushrooms’ medicinal properties.