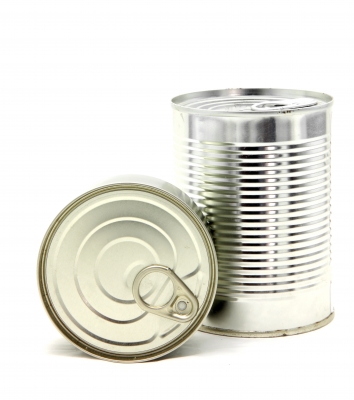 Bottled and canned beverages as well as canned food, are the regular part of our everyday diet and lifestyle. While many of us are concerned with sugar quantities and types of additives in consumed food, the majority of us are almost blind to the negative effects that plastic and canned packaging can have on our health. Namely, a new study has revealed a presence of a questionable chemical substance, called bisphenol A or BPA. This substance, scientists link with the occurrence of cardiovascular diseases, obesity, diabetes, and even cancer. The most common effect of BPA is increasing of blood pressure. For that reason, the Food and Drug Administration has banned the use of BPA in babies’ and children’s bottles and cups. To understand how drinking from cans and plastic bottles affects blood pressure, the article “BPA in Canned Goods May Raise Your Blood Pressure” explains its effects.

“Because these results confirm findings from other studies, doctors and patients, particularly those with high blood pressure or heart disease, should be aware of the possible risks from increased blood pressure when consuming canned foods or beverages,” he said.

Previous research has shown that BPA in containers can leach into food and beverages.

Since BPA acts like the hormone estrogen, Hong thinks it raises blood pressure as it interacts with cells in the heart and blood vessels that are sensitive to estrogen.

As we have seen, the problem is that bisphenol A reacts as estrogen-like substance thus confusing our bodies. As a result, the ability of BPA to mimic estrogen can lead to high blood pressure, breast cancer, obesity, uterine cancer, etc. It can disturb the endocrine system of the body, but studies have not found a direct link between BPA and increased risk of cardiovascular diseases so far. They have discovered elevated level of BPA in people who have consumed drinks or beverages from plastic or canned packaging, but this cannot prove bisphenol A as the cause of high blood pressure, or any other health problem. It is especially disputable because the fact that adults can eliminate BPA from their bodies in only a few hours. The most vulnerable population is babies and kids, which endocrine systems are not yet fully developed. Even though scientists have not still spot direct correlation between BPA and higher risk for various diseases, there are many debates that try to find out the truth about bisphenol A and effects of canned and plastic packages on our health.