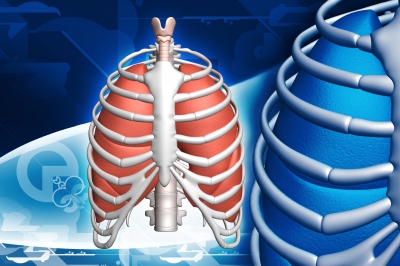 Cystic Fibrosis affects more than 30,000 children and young adults in the United States. It affects children by interrupting the work of the epithelial cells. These are cells that make up the sweat glands. They also line passageways inside the liver, pancreas, lungs, reproductive and digestive systems.

A child inherits the Cystic Fibrosis gene from a parent in the form of a defective protein called Cystic Fibrosis Conductance Regulator. If this protein is not effective, the epithelial cells are not able to regulate the way chloride passes by cell membranes. Chloride is found in ordinary table salt. When this happens it disrupts the balance between salt and water that is needed to maintain the lining in the lungs, the pancreas and other passageways in the body that connect to other parts of the body. These passageways are made of a normal coating of fluid and mucus. A child with Cystic Fibrosis will have that coating become thick, sticky, and hard to move. The Cystic Fibrosis gene is found on the number seven chromosomes, one of the 23 that make up our body’s DNA.

Mucus is normally a good item to have because it traps germs and cleaned out of the body. With Cystic Fibrosis, the mucus stays trapped in the lungs with the germs and become infected. Cystic Fibrosis will also damage or block the passageways that carry enzymes to help the stomach digest foods. A child with Cystic Fibrosis cannot absorb important nutrients, especially fats. The child may be eating a healthy, normal diet and display a good appetite, but will not gain weight.

Cystic Fibrosis can strike in any area of the world, in every ethnic group, and whether you or rich or poor. Although scientists are unsure why the Cystic Fibrosis gene evolved, they do believe that it may have been because of medicines used to protect earlier generations from cholera. Cystic Fibrosis can be detected by genetic testing before and after the birth of the child. If you have a history of CF in your families, you may want to have genetic testing done to find out if you are a carrier of the defective gene. Nearly 70 percent of those who have CF is because the inherited the gene from both of their parents. The gene is named Delta F508.