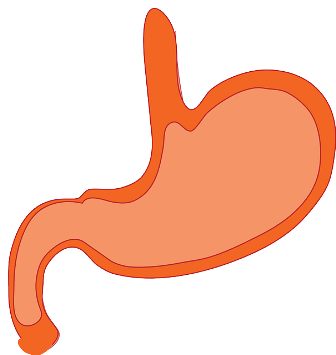 Acid reflux is also known as gastro-esophageal reflux condition. It occurs when a liquid, usually in the form of acid, recoils from the stomach and upward to the esophagus. This reflux movement may damage the esophagus, causing slight to intense pain to the stomach and chest area. Aside from acid, the reflux movement also contains bile and pepsin, which are responsible for inflaming the esophagus. While most reflux conditions are mild, there are cases wherein reflux causes intense pain and other complications.

Acid reflux is classified as chronic. A person who is newly-stricken with acid reflux will most likely suffer a recurrence of the condition in the future. Acid reflux may also progress from slight to severe if the symptoms are ignored over a long period of time. The esophagus, like other vital organs of the human body, is capable of healing itself. With proper medication and diet, a person may eventually recover from acid reflux. It’s important to note what causes acid reflux, and how to prevent it from occurring. Although acid reflux is easily alleviated by a wide array of medicines, preventing it from occurring protects the esophagus from developing scars.

Mild acid reflux is brought about by foods which contain a high amount of fat. Foods high in fat tend to be digested longer in the stomach. Since the digestive system’s mission is to digest food as soon as possible, it secretes more digestive acid to counter the stubborn fat components. In effect, the whole digestive system gets clogged up by too much digestive acid secretion. When the stomach is not capable of handling the acid any more, it rebounds upwards back to the esophagus, where it triggers the symptoms of acid reflux.

Types of fatty food which cause acid reflux include beef, pork, and beans. People who are fond of eating greased meat foods are at a high risk of developing acid reflux. Beverages may also interfere with the digestive system’s normal processes and induce digestive acid secretion. Drinks with high acidic content, such as lemons and oranges, have been proven to cause acid reflux especially during frequent intake.

Luckily, a wide range of remedies are available for acid reflux. These include over the counter drugs, usually antacids in liquid, tablet, or pill form. Cinnamon is a popular antidote against acid reflux, as well as Romaine lettuce. There are also lots of alternative medicines in the form of herbs which have been shown to cure the symptoms of acid reflux. The best deterrent, however, is maintaining a good diet and avoiding fatty and acidic foods.