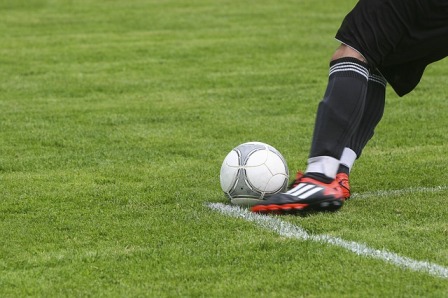 With the memory of the last World Cup still fresh in many a player’s memory, it is not surprising that soccer leagues are now claiming increased interests in membership. From the little kids’ levels to the adult leagues, soccer has experienced a bit of a revival in the United States, and thus it is not surprising that with so many more people playing the sport, more sports related injuries are being treated as well. Since many chiropractors are now primary care physicians and thus the first point of contact for patients suffering from a sports injury, they have noticed that an increase in sports injuries can be directly linked to certain aspects of the soccer game, and as such chiropractors are sounding the alarm!

Probably the most commonly presented problems are neck pains, headaches, and dizziness, which oftentimes can be traced back directly to neck injuries, head trauma and also damage to the spine itself. Heading a ball is one of the most commonly attempted moves in soccer and when watching the professionals do it, the move is not only elegant and effective but also looks overwhelmingly easy. Yet in reality the idea of changing the course of a speeding ball by employing the head to do so is not a good idea. In extreme cases, heading the ball has been connected to severe brain injuries, yet even in the milder cases of injuries presented there is a good chance at receiving a neck injury that can have far reaching consequences if left untreated.

In an effort to head off negative publicity, many leagues now require helmets to be worn, yet these have precious little impact on the injuries that are suffered by the blunt force of the ball itself – they do, of course, protect the head from many cracking injuries and as such are better than nothing. Chiropractors now warn players of all ages to forego heading whenever possible, but if players do want to undertake this practice, it needs to be done with a lot of instruction as to form and the dos and don’ts. Chiropractors are especially dedicated to getting the word out to parents who might not have thought about the impact that this kind of sport is having on their children. The major concern in this area rests with the long term problems that are being created in childhood, which may not be as apparent to the child who will seek to compensate for them rather than risk a visit to the pediatrician who might be administering shots.

As such, some chiropractors have decided to do community service in its purest form by visiting leagues and sports clubs and by speaking on the subject in schools. By warning players and making them aware of the problems, they are hoping to curb an unhealthy practice, but the other goal is to help players realize when their heading has netted them an injury that needs medical attention. Oftentimes the quick painkiller is preferred when a long term misalignment of the spine is experienced.

Tags: Chiropractic News You Can Use The Danger of Soccer