The Gerson therapy uses massive amounts of freshly prepared organic vegetable juices, together with enzymes, other dietary supplements and enemas as a cancer therapy. Patients have to stick to a rigid diet to “detoxify” the body and fill it with fresh nutrients. 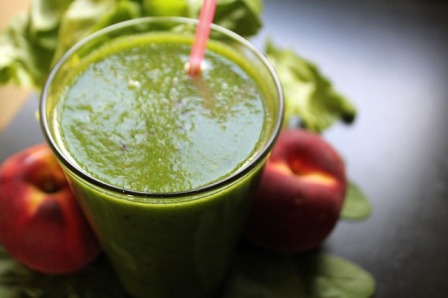 The regimen was developed in the 1920s by a German immigrant to America, Dr Max Gerson, to treat his own migraine headaches. It was later used to treat tuberculosis patients and more recently extended to help people suffering from other diseases, as well as various forms of cancer. Dr Gerson’s work was continued by his daughter, Charlotte. At present there are two “licensed Gerson centers” (which are not treatment facilities), in Mexico and California

Dr Gerson suggested that cancer causes a change in the living processes of cells. He saw cancer as a disease of the whole body rather than one particular organ, and the product of a compromised immune system. In particular, he said the liver becomes overworked as it attempts to deal with a build up of poisons in the body. His therapy aims at restoring the liver to health and ensuring a correct balance of the elements sodium and potassium in the body by using supplements and special diets. Gerson saw sodium as being implicated in the disease process, but potassium as the mineral found naturally in most fruits and vegetables and therefore needed by the body.

The treatment consists of drinking a glass of freshly prepared organic juice every hour during the day; eating only raw organic food with no meat or other animal products, salt or alcohol permitted; taking vitamin C and iodine supplements and excluding anything that is processed or that may have been in contact with pesticides. Coffee and other enemas are administered. Mercury amalgam fillings are seen as harmful, as is fluridation of water and aluminium cooking pots.

Anecdotal evidence suggests that some patients have benefited from boosting the body’s immune system using organic fruits and vegetables. However, there have been no conclusive results from independent scientific trials to show the Gerson therapy to have more than a placebo effect. Most of the cures said to come from the therapy have been for patients who were undergoing other forms of therapy at the same time.

Gerson’s supporters say evidence of the efficacy of his therapy has been suppressed: the American Cancer Society says there is “no reliable scientific evidence that Gerson therapy is effective in treating cancer, and the principles behind it are not widely accepted by the medical community. It is not approved for use in the United States.” There are some fears that, with its emphasis on purely vegan products, the Gerson diet may lead to malnutrition if followed for too long, and coffee enemas may cause electrolyte imbalance and even death.