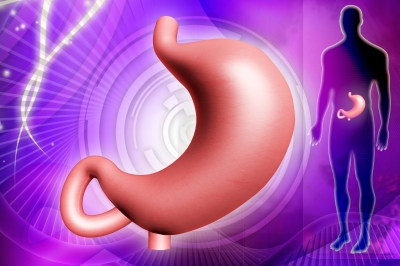 The fluid triggers an inflammation of the esophagus lining. A person afflicted with acid reflux experiences pain and discomfort in the chest area, accompanied by a lot of hiccups, loose bowel movement, and nausea. Pain level can range from light to intense, depending on the condition of the esophagus. A person who has suffered from acid reflux over a long period of time will most likely experience more intense pain. Food and liquid may also be regurgitated as a result of acid reflux. The regurgitated material is accompanied by an acidic taste and a burning feeling along the esophagus and throat. Frequent regurgitation results in poor dental health, since the bile, pepsin, and digestive juices accompanying regurgitation can actually degrade tooth enamel.

Acid reflux is accompanied by a pain in the chest called heartburn. This moderate to intense pain has caused people to mistake acid reflux as heart attack. Heartburn kicks in after consuming food laden with fat and acid content, and is a god indicator that an acid reflux attack is occurring. Heartburn can be countered by taking antihistamine medication, which tones down the esophagus inflammatory reaction to the acidic fluid. Prescription and over the counter drugs such as antacid also benefits people suffering from heartburn by neutralizing acid.

Ulcer is a complication arising from a long period of acid reflux attacks. Ulcers are deep wounds in the esophagus and stomach which were formed because of the continuous bombardment of acid against the stomach and esophagus lining. These wounds can trouble a person for life. Ulcers are accompanied by scars, which can cause food to get stuck in the esophagus.

The most severe complication brought about by acid reflux is the Barrett condition. Because of the damage experienced by the cell lining of the esophagus, mutation occurs. The cells along the esophagus may cease performing their regular functions, and evolve into cancer cells.

Other complications arising from acid reflux include bronchitis, sinusitis, and asthma. A person already suffering from these may experience more intense symptoms due to the occurrence of an acid reflux.

People who have developed acid reflux for some time should consult a nutritionist regarding their diet. A diet which is rich in fatty and acidic food will only further aggravate the esophagus and increase acidity levels. The key to alleviating acid reflux symptoms, as well as preventing future attacks, would be to resort to a fat-free diet. A generous helping of non-acidic fruits and vegetables daily is a proven way of combating acid reflux and lowering the digestive system’s acid-building functions.

Tags: Acid Reflux and its Symptoms