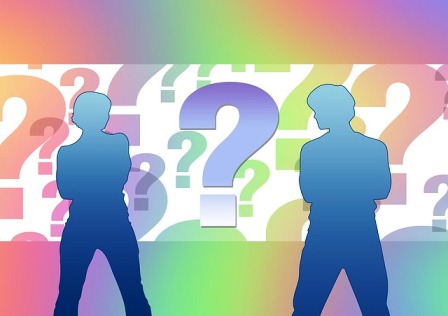 For many men, women’s behavior has been perceived as strange and irrational, from time to time. Generally speaking, women’s and men’s mindsets work completely differently and these differences cause many difficulties in relationships. From the other hand, these very differences make relationship exciting and intriguing. While every man has his own misconceptions about women’s needs, of which the most common are offering fake compliments, behaving too accommodating, grooming excessively, boasting about business and social success, talking constantly or declaring his love too early or too often, all of these lead to opposite effect in women. The following article, entitled “7 Types of Men, Women Can’t Resist”, can help men to better understand women’s needs and answer the question: Why do men’s best strategies often fail?

He believes in classic romance. He is constantly bringing her flowers and chocolate and lighting candles during dinner. He calls her often to let her know he is thinking about her and looks into her eyes and tells her how he feels.
Why he is so irresistible: A woman loves to feel appreciated, and the romantic guy makes this happen. He uses romantic gestures to show her he is thinking about her. As an added bonus, she feels free to reciprocate and act on her own romantic tendencies.

He is totally secure and sure of himself. He is assertive in public and gives off an aura of power and control (within reason of course, as the “cocky guy” is not on this list). In a relationship, he doesn’t get jealous of other men; he doesn’t feel threatened by his girlfriend’s male friends or co-workers.
Why he is so irresistible: Women are attracted to confident men. Consider this: If you think you are great, she will probably be influenced to think the same. The confident man doesn’t seek approval from women, and this makes them want him even more.

The artistic guy is spontaneous and lives for the moment. Often, he will use his creativity to woo her, such as with a song he has written about her or a painting he has made for her.
Why he is so irresistible: Every woman wants to feel unique and special. There is no better way to make her feel this way than to use her as your muse or your source of inspiration. She is intrigued by the artistic guy’s creative mind and especially by the way he incorporates her into his art.
Charismatic, rebellious, smart, and considerate men all get the girl…

He comes from a faraway exotic country; he might have a cute accent or a unique way of seeing the world. His social customs and everyday behaviour can be a little quirky, but he always manages to come off as uniquely charming. Note that you don’t have to actually be foreign to fit into this category. If you are well-travelled or speak many languages, you might be able to pull off the charm as well as any sweet-talking foreigner.
Why he is so irresistible: Charisma, charisma and charisma. There’s not much more I can say about this one; it’s just that mysterious je ne sais quoi that is so alluring. Women often choose this kind of guy if they are curious about the world, but most of the appeal comes down to a fascination with dating someone from another culture.

5. The Free Spirit Guy (aka the Bad Boy)

The free spirit guy goes where the wind takes him — and the wind usually takes him on some kind of wacky adventure. He might ride a motorcycle, or he might skip work to take her on a last-minute road trip, but this guy doesn’t worry too much about the consequences; he just sees where his own devices take him.
Why he is so irresistible: Every woman wants a bit of a rebel (within reason, of course). She loves his carefree attitude and hopes that it will rub off on her too. The bad boy spirit adds an element of youthfulness to the relationship and she loves to try taming him — although she knows she’ll never actually succeed.

He instigates conversations that are intellectually stimulating and listens to what she has to say in response. He makes her laugh with his clever sense of humour and could make a conversation about Gordon Brown seem interesting. He can shoot the breeze with her for hours and it will never get boring.
Why he is so irresistible: As time goes on, your hairline may recede and your buff body may soften, but if you can keep her interested, you’ve won half the battle. An intellectual connection is a big part of what sustains a relationship and if you can show her that you’ve got that, she’ll be hooked pretty quickly.

He holds open her car door and pulls out her chair. He foots the bill for dinner and makes sure to offer her dessert. He always asks her out with reasonable notice and picks her up at her door. He is generally sensitive to how she is feeling and when she is ready to go home.
Why he is so irresistible: Surprised? You probably think that nice, considerate guys never get the woman, but consider this: Once a woman has gone through her share of the bad guy, the rude guy and the not-calling-her-back guy, she will likely re-evaluate her priorities. It takes a bit of maturity on her part to realise this, but eventually most girls come around and realise that they want a guy who will treat them well in the long run.

Before applying any of these, it is worth to know that this list is rather informative. The goal is to offer a man some useful insights about woman’s mindset. Any attempt to stick too much on any of these can go in the wrong direction, turning into its own opposite. For women, nothing is more attractive than a man who knows himself very well, who can count on his positive traits and be aware of the negative ones. Thus, if using wisely, this list can provide a man with recognition of some favorable traits, that he can find inside himself and polish further. Not every man has all of these, but two or three well balanced and expressed characteristics can make the existing relationship flourish or lead to a new, more successful one.