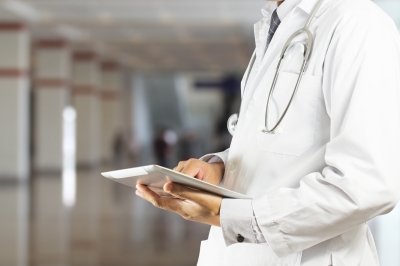 Image courtesy of Naypong at FreeDigitalPhotos.net

The walnut-shaped prostate sits right underneath the bladder and is wrapped around the urethra. The prostate, despite its location, has nothing to do with a man’s urinary apparatus. The prostate is where it is because it’s needed for ejaculation, and the semen passes through the same urethra as urine does. The prostate gland’s main job is to add special fluid to the sperm before it ejaculates from the penis. That’s why the prostate is where it’s at, and why prostate problems interfere with the male’s ability to have sex and urinate.

Three main types of prostate problems: enlargement, infection, and cancer. Prostate enlargement, called benign prostatic hypertrophy (BPH) is a non-cancerous enlargement of the prostate. Although even men in their 20s can suffer from BPH, it normally only surfaces later in life. It’s estimated that fifty percent of all men will have BPH by reaching the age of 60, and a full ninety- percent will suffer from BPH by age 85. When the prostate enlarges outward, a man may not realize he has BPH unless it grows upward and puts pressure on the bladder. But when the prostate swells inward, squeezing the urethra, which passes through the center of the gland, he will certainly know there’s a problem. With the prostate constricting the urinary tube, a man can suffer from difficulty in urinating, straining to start urination, frequent urination, getting up multiple times at night to urinate, or urgency of urination.

The principal medical treatment for BPH symptoms is the non-invasive surgery called trans urethral resection of the prostate, also commonly referred to as reaming out the prostate. There are also drugs like Proscar used to shrink the prostate, but these drugs have not been that effective and have negative side effects. Prostate infections, or prostatitis, are fairly common in males after their teenage years. Symptoms of prostate inflections can include frequent and or painful urination, other urinary problems, or pain during sex.

The most serious prostate problem is cancer. Cancer of the prostate is the second most frequently diagnosed cancer in males after skin cancer. It is the second most common cause of cancer death in males after lung cancer. The early symptoms of prostate cancer are extremely similar to those of BPH, including getting up often at night to urinate; urinating often, but only in small amounts; having to wait forever for the urine flow to start; and a urinary stream that starts and stops. These symptoms don’t mean that a person has prostate cancer. But these or other symptoms do indicate it’s time for a checkup.

Tags: Your Friend the Prostate