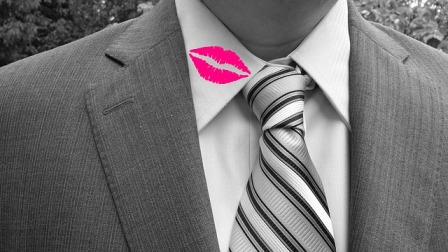 For some people, lack of jealousy can indicate a lack of love, but for many others, jealousy leads to hard feelings and decrease in romantic emotions. There are some experts that see positive effects in jealousy, but only if keeping it at a low level. In this case, jealousy can act like a good spice and induce dynamic into a long-term relationship when stuck in a rut. It can fuel our love life with excitement and renew sex drive. To understand jealousy and its mechanisms, it would be interesting to observe the differences between women and men’s jealousy. Namely, according to the latest research, men tend to be more jealous when their partner is involved in physical infidelity while women are mostly concerned with emotional infidelity. They become jealous when their partner falls in love or makes an emotional bond with someone outside the relationship. The article “How Jealousy Is Different for Men and Women” describes this research in more detail and gives us an idea how women and men differ when it comes to jealousy.

In a poll of nearly 64,000 Americans, sexual infidelity was most upsetting to men in heterosexual relationships, said study author David Frederick, an assistant professor of psychology at Chapman University in Orange, Calif.

The men and women in the study, aged 18 to 65, but mostly in their late 30s, answered an online poll in 2007. Participants identified themselves as heterosexual, gay, lesbian or bisexual. All were given a “what if” scenario.

According to experts, not only that our evolutionary roots affect the way we behave and feel jealousy, there are some other reasons that create differences between women and men’s jealousy. The key factor is a type of relationship we are prone to build. Some people are more independent and feel good when in a so-called dismissive relationship. For this type of person, independence is the most important, and expressing emotions are seen as vulnerable and uncomfortable. For them, sexual infidelity is something they would show a big concern. On the other hand, a secure relationship involves interdependence that causes more jealousy when another person makes an emotional attachment to someone outside the relationship. Even though experts see some underlying mechanisms behind women and men’s jealousy, we are all unique, and when it comes to love relationships, it is the best to keep jealousy at its lowest level.

Tags: How Women and Men Differ When It Comes to Jealousy?