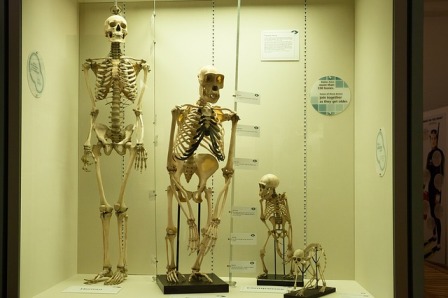 Chiropractics are as much a science as it is an art. It is therefore not surprising that it has drawn the interest and passion of a variety of different individuals, some of whom modern Americans might consider as being of ill repute, while others would find them misunderstood geniuses whose time simply has not yet come. While chiropractics probably have little formative effect on their area of repute, it does appear to have greatly affected their personal development, their outlook on life, and also their ability to relate to others. Take for example, Franco Columbu, a not so well known Italian actor who is much more famous for his body building breakthroughs. Being of rather diminutive stature, he was nonetheless once believed to be the strongest man in the world. Famous for his bodybuilding feats that pitted him in competition against the well known Arnold Schwarzenegger for a number of times, his training regimen and proneness to injury soon led to an interest in chiropractic therapy. At this point in time, he finished his studies in chiropractic therapy and holds a doctorate in this field.

Ron Tripp is another famous example of a man whose love for sports has created a curiosity for chiropractic treatment. A champion of Judo he is probably best known in the sports world for besting Rickson Gracie, the Brazilian martial artist who is also a gold medal winner in the sport of Sambo. Mr. Tripp is a practicing doctor of chiropractic, having graduated from Palmer College. Another athlete having turned chiropractor is Ken Leistner, whose expertise in personal training and bodybuilding have landed him not only a position as NFL strength training consultant, but also a unique point of view in the workings of the musculoskeletal system that held his fascination and inspired him to pursue a career in the only field that offered him the insights and understanding of the musculoskeletal system: chiropractics.

Once more, an athlete who saw the art and science of chiropractic care not only as the answer to many another athlete’s plight, but also as a calling to be answered only with further study is Gordy Ainsleigh. In addition to being a well rounded athlete, he turned from an equestrian with a bright future in racing to a runner who would finish a horse race without horse! He is credited with being the inventory of the American Trail Ultra Marathon, and as such he has had his share of sports related injuries. During the times that he was not running the races themselves, he would offer up his chiropractic knowledge to other runners to help curb the number of sports injuries. Over time, other chiropractic volunteers have joined him, and today runners of the Western States 100 may be certain to find a team of chiropractic practitioners volunteering their time and effort at the medical checkpoints to ensure the safety and health of every runner.

As you can see, the field of chiropractics has a colorful and also impressive following. Perhaps no other aspect of medicine is quite as enthusiastically embarked upon by athletes and others who pay close attention to the workings of the body as this one, and to this end it attracts those who can combine their expertise with medical training so as to help others maximize their body’s workings.