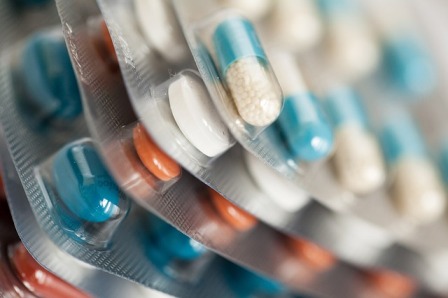 Various drugs are available to help ease suffering patients with cystic fibrosis. This disease often disrupts the digestive function because of a mutant gene that keeps moving sodium, chloride, and water flowing freely through the body. The mutant gene causes normal secretions of the body to be heavy, thick, and sticky. Healthy people have a pancreas that produces proteins that help break down food. This protein is sent through small channels into the intestines where the food is present. Cystic fibrosis patients often have these small channel blocked by the sticky mucus and not enough of these enzymes get into the intestines. Food is not digested properly and gastric problems are the result. A cystic fibrosis patient may complain of pain, a bloated stomach, diarrhea or bowel blockage, and excessive gas. These patients should be taking oral digestive enzymes to help break down the food they eat. These enzymes are taken before every meal or snack and in a large dose.

Cystic fibrosis is constantly fighting to keep enough airflow to the lungs. This can cause anxiety and create panic situations that make it even harder to take a breath. There are complications that are caused by a lack of oxygen including irritability, short-term memory loss, and mood changes. If a patient with cystic fibrosis does not receive the oxygen it needs vital organs can be seriously affected. Damage can be done to the brain and other organs that need oxygen to play their role in the body. Bronchodilators have been developed to help patients preserve the right amount of airflow and ease breathing difficulties.

Also available to CF patients are inhaled corticosteroids and ibuprofen. Patients who have cystic fibrosis often have inflammation of the lungs. If the inflammation lasts longer than a few days, permanent damage can be done and further aggravate the patient’s condition. Corticosteroids are natural hormones normally made by the adrenal gland and can be prescribed by a doctor to decrease the severity and frequency of lung infections. Decreasing inflammation can significantly lessen the chances of future lung problems in the cystic fibrosis patient. Ibuprofen can also be used to help limit the severity of lung infections. There are some significant side effects from ibuprofen so you should follow your doctor’s instructions exactly if ibuprofen is prescribed.

Drugs that thin the mucus can be given to cystic fibrosis patients. If the mucus can be thinned it is much easier to clear the mucus from the lung and air passages. This allows the patient to breathe easier. A drug is available that breaks up the genetic material in the thick mucus and decreases the thickness.

Antibiotics are another tool useful to patients suffering from cystic fibrosis. If a patient gets a lung infection, they are difficult to control and cure. Bacteria that cause these infections are trapped in the sticky secretions and multiply. The mucus can prevent the antibiotics from getting to the source of the infection, making lung infections even more difficult to treat. Antibiotics can now be inhaled or taken as tablets and capsules to help the antibiotics get to the source of the infection.