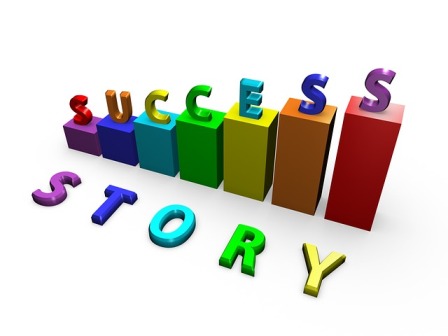 Precious little is known about the man who would make history as the first chiropractic success story, Mr. Harvey Lillard. All the information that is recorded for posterity comes down from his benefactor and healer, Daniel Palmer, the father of chiropractic medicine. It is said that Mr. Lillard worked as a janitor in the general vicinity where Mr. Palmer kept his office. As a manual laborer during the time of the industrial revolution, it is easy to extrapolate that he engaged in hard work that often took place in less than safe and favorable work environments.

According to Mr. Palmer, Mr. Lillard became suddenly deaf when he was working in a small space that demanded an awkward tilt of the back and shoulders. According to the janitor’s recollections, there was a feeling of shifting in his back as well as a pop, and immediately the man’s hearing diminished to the point of deafness. For 17 years Mr. Lillard remained in this state and was unable to receive any relief or cure for his ailment.

It fascinated Mr. Palmer to hear the story about the aggravation of the spine and he assumed that a vertebra had slipped and perhaps pinched a nerve or decimated the blood flow to areas vital to hearing. With Mr. Lillard’s consent, in 1895 Mr. Palmer sought to undo what had happened 17 years prior, and figured that if the vertebra was put back into place, then the nerves that were pinched or the blood flow that was diminished would be restored to normal and hearing would return. Upon realigning the spine, Mr. Lillard’s hearing returned.

It is uncertain whether Mr. Lillard’s hearing returned after one visit to Mr. Palmer’s office, or if it took several. Similarly, it is not quite clear if the hearing returned suddenly and all at once – just as it appeared to have been lost simultaneously with the displacement of the vertebra during the hard labor performed – of if it was a gradual process that took place with increasing measure when the nerves were freed from the vertebra that had a stranglehold on them. Yet the end result is clearly undisputed.

Of course, there are detractors to this story, some of whom are actually quite close to the patient himself. Yet in spite of all those who would make fun of chiropractics, none were quite able to disprove the fact that once Mr. Lillard was deaf, but after being treated with the means of chiropractic manipulation of the spine, his hearing returned. In modern circles today there is some speculation that this story might perhaps be a myth or made up story that is an amalgam of many different healings in which Mr. Palmer had a hand, but thus far, it appears that this theory is incorrect.

As an aside, there have been studies by those who sought to duplicate Mr. Palmer’s success with the hearing impaired man, and it was found that there are actually studies of patients whose hearing improved upon having their spines manipulated!