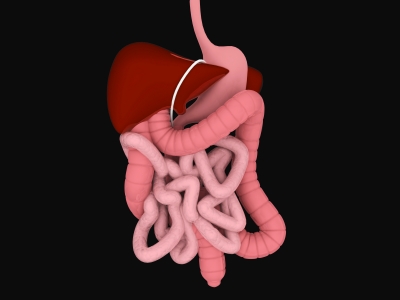 Most in the medical field believe that eating a low-fiber content diet contributes to the occurrence of diverticulitis. When processed foods first became popular in the United states, people stopped eating fiber for the ease of preparing processed foods that often lacked fiber content it was at this time that doctors noticed an increase in the occurrence of diverticulitis.

In areas such as the United States, the U.K., and Australia where low-fiber diets are the rule, diverticulitis is common.

When individuals have a low-fiber diet their stools are of a harder consistency and to get them out people have to strain and push more causing more pressure inside the colon. The increased colonic pressure causes diverticula. Fiber helps make stools soft and easier to pass thus people who eat diets high in fiber do not usually get diverticula or diverticulitis (inflamed and infected diverticula). Low fiber also increases the occurrence of constipation, which causes you to strain your muscles while pushing out the harder stools of constipation. This all leads to more diverticula and cases of inflamed and infected diverticula (diverticulitis).

A doctor will start the diagnosis process by asking the patient to fill out a medical questionnaire which allows the doctor to find out what symptoms you have been experiencing and how long you have had the symptoms. The doctor will also want to know about your bowel habits, any pain you are having, any medications you are taking and what your diet is like.

The physical exam will include a digital rectal exam to feel for the colon and the feel of any fecal matter. This exam will also help the doctor to determine if you have any tenderness, bowel blockage, or blood in your stool or rectum.

The doctor may order additional tests such as blood tests, x-rays and other tests as necessary.

Other tests may include studies done with a computed tomography (CT scan). This machine is very sensitive and is used in diagnosing diverticulitis. The patient is given both oral and intravascular contrast so that images can be seen and localized thickening or increased blood flow can be witnessed. If diverticula are viewed the diagnosis is made with confidence. The CT scan can also diagnosis complications of diverticulitis such as an abscess. The CT scan may actually be used to guide the doctor in draining the abscess, which would alleviate the need for the patient to have surgery.

Other studies such as barium enema and also the colonoscopy are not usually done in cases of acute diverticulitis because if they were to be done there would be a high risk of perforation.

The doctor makes the diagnosis of diverticulitis after taking into consideration the medical history, the physical examination, and the results of any tests or studies done.

Tags: The Cause and Diagnosis of Diverticulitis