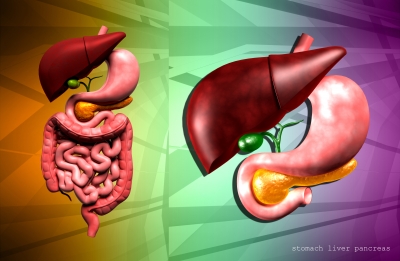 Diverticulitis develops from diverticulosis, which involves the formation of pouches on the outside of the colon. These pouches are called diverticula and diverticulitis results of one of these diverticula become inflamed. Small protruding sacs of the inner lining of the intestine can develop in any part of the intestine. They are most commonly found in the colon, specifically in the sigmoid colon. The diverticula increase in frequency after the age of 40. Diverticula usually develop when naturally weak places in the colon give way under pressure. This causes small pouches to protrude through the colon wall. Increased pressure in the colon can lead to breakdown of the wall of the diverticula which may lead to infection. A small tear can also develop in an infected pouch, which may lead to an infection within the abdomen.

Diverticula on their own typically do not cause problems therefore most people learn they have diverticulitis during a routine screening exam for colorectal cancer or during tests which check for other intestinal problems. Diverticulitis, however, is usually diagnosed during an acute attack. The primary physician is likely to examine the abdomen for tenderness. A blood test to check the white blood cell count and an imaging test such as a CT scan may also help to view the pouches which are inflamed or infected. A CT scan uses a series of computer directed X-rays to provide a more comprehensive view of the internal organs. Diverticulitis is often confused with other causes of abdominal pain, such as appendicitis, irritable bowel syndromes, or pelvic inflammatory disease. Diverticulitis may range from minor inflammation to a massive infection. Diverticulitis can be serious so it is important to see a doctor immediately if the symptoms are similar.