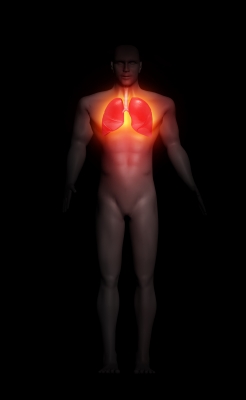 The standard and most common test for cystic fibrosis is the sweat test. Mothers often are performing this test in a maternal way when they kiss their infant and realize they have a salty taste. The sweat test measures the chloride or sodium (salt) is in the child’s sweat. The test is normally painless and is conducted by placing a chemical that induces sweat to a portion of the body, usually an arm or leg. Then an electrode is attached to that spot and a mild electric current are passed through the area causing that spot to sweat. The small amount of current may feel tingly or cause that area to feel warm but is harmless and weak. Sweat is collected and sent to a laboratory for analysis for the mutant gene that carries cystic fibrosis.

The sweat test is the most common test and it is done with two separate samples. Both samples may be taken together but will make sure a patient is not given a false-negative or false-positive result. A high slat signals the mutant gene is present in the body and the diagnosis of cystic fibrosis is given. The sweat test does not show how severe symptoms will be or how that person will handle the disease.

The sweat test may not be a test to be used on a newborn because they do not produce enough sweat for a reliable diagnosis. The sweat test is normally not given to an infant until they are two to three months old.

There are other tests that can be performed to test for cystic fibrosis. You may be tested to see if you are a carrier with a genetic analysis from a sample of your blood or saliva. Your child can be tested before birth. If you get a diagnosis of cystic fibrosis it still will not allow you to know how severe the disease symptoms will be. The disease cannot be treated before birth.

Cystic fibrosis is an inherited disease so many families will want to have siblings tested for the mutant CF gene. They may have the gene but show no symptoms of the disease. These tests are usually done as a simple sweat test but in some occasions a blood test will be required. First cousins in a family should also be genetically tested for the cystic fibrosis mutated gene.

Tests can also be performed to test the functioning level of the liver, pancreas, and the breathing capacity of the lungs. Antibiotics will be needed to help fight infections. The heavy mucus allows bacteria, germs, and infections to stay in the system and create chronic respiratory and digestive problems.

The testing done to find out if a person has cystic fibrosis is fairly painless but can be valuable in an early diagnosis of the disease. The disease symptoms are treated and every effort is made to give the patient the best quality of life that is possible with cystic fibrosis.