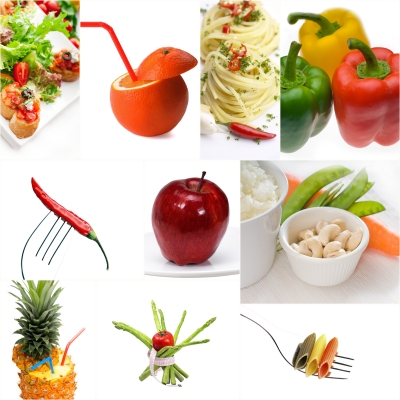 Many people ideally would like to be a vegetarian, but rarely consider what it entails enough to actually make the lifestyle change. In this article, we’ll work towards spurring you on by supplying you with some information that may make you want to give up eating meat for several different reasons.
For one thing, the production of meat is a very wasteful process. Almost half of the water in the United States is used for raising livestock, along with a full eighty percent of our farmland. Raising livestock is also one of the biggest causes of global warming; whereas cars account for fifteen percent of the carbon dioxide that causes global warming, livestock are responsible for a full eighteen percent.

Another thing to consider is that meat can be very detrimental to your health. Several physicians have noted that the primary contributor to heart disease is the consumption of meat, but our culture still remains based around a meat diet. Even as heart disease has become the number one killer in our country, many people refuse to abandon their meat eating habits in favor of the more healthy and environmentally friendly vegetarian diet. Studies have shown that a vegan diet can actually work towards reversing heart disease and helping to unclog arteries that were previously damaged from meat consumption.
Another thing to consider is the welfare of the animals that are eaten. One thing you may want to ask yourself is whether or not you would eat a dog. Odds are, you’re repulsed at the thought, given that we are familiar with dogs as friends. That shows that meat-eating is more of a cultural attitude than a moral one. To that end, you should view all animals as equally deserving of life as your pets may be, and maintaining a vegetarian diet is the only way to ensure that you are not contributing to the suffering of other life.
Many vegetarians choose to live life the way they do because of the possible contaminations that meat may contain. These days, with diseases such as foot and mouth disease and the H5N1 avian flu present in livestock, becoming a vegetarian may be a significant move when it comes to protecting your health. Mad cow disease is another concern that keeps many wary of the meat industry, especially considering that the disease was probably the result of cows being fed the remains of other cows in a form of species-related cannibalism. Most of the meat that is sold in stores in the United States today is contaminated in one way or another, with one study showing that a full ninety eight percent of broiler chicken carcasses contained levels of E.Coli which is indicative of feces contamination. Not too appetizing of a statistic, is it?
These facts may shock you, but they are important to consider when you are assessing your impact on the world in which we live. Being ignorant to the facts is no excuse to allow yourself to continuously live off of the suffering of other life on earth.

Tags: Reasons to become a vegetarian