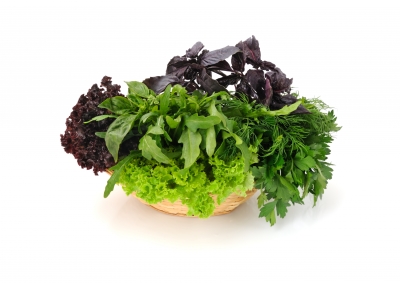 Dietary changes should be on the prescription pads of doctors treating men with prostate cancer. New research shows that eating more whole grains, vegetables, fruit, and legumes while eating less meat, dairy, and refined carbohydrates could slow the progression of the deadly disease.

“Studies have associated the Western diet not only with prostate cancer incidence but also with a greater risk of disease progression after treatment,” said Gordon A. Saxe, MD, PhD, lead author of the study and assistant professor of Family and Preventive Medicine at the Moores Cancer Center at the University of California, San Diego. “Conversely, many elements of plant-based diets have been associated with reduced risk of progression.”

Prostate-specific antigen (PSA) is a marker for prostate cancer recurrence and often the earliest sign of spread of the disease beyond the prostate gland, even in people with no symptoms. Saxe and colleagues conducted a six-month preliminary study to investigate whether a plant-based diet, reinforced with stress-management training, could prevent or lessen a rise in PSA among ten men with recurrent prostate cancer.

The men and their spouses or other support person participated in intensive group and individual diet and stress-reduction trainings. The men were taught to shift their diet to more whole grains, vegetables, fruit, and legumes and to eat less meat, dairy, and refined carbohydrates (such as white rice, white flour, and sugar). The people took cooking classes, participated in group discussions and meals, and were counseled regarding calorie intake (1,600 calories per day) and portion sizes.

Compared with the rate of PSA rise in the prestudy period, there was a significant reduction on the rate of rise throughout the intervention period. Nine of the ten men had a slower progression of PSA levels. Four of the ten men had a lower PSA level than when they started the diet. The time it took the men’s PSA levels to double increased nearly tenfold over six months, suggesting a strong protective effect.

Prostate cancer is the second most common cancer affecting men in the Western world after skin cancer. About 35% of men who are treated for the disease will experience a recurrence within ten years. These men are at higher risk for life-threatening metastases. Prevention of such recurrences is, therefore, an essential element of therapy. Unfortunately, the conventional treatments to prevent recurrence, such as hormone therapy, cause many undesirable side effects, such as hot flashes, loss of libido, and loss of bone mass.

“These findings have significant therapeutic potential for recurrent prostate cancer,” concluded Dr. Saxe. “A natural dietary- and lifestyle-based approach may serve as an adjunct or alternative to hormonal therapy.