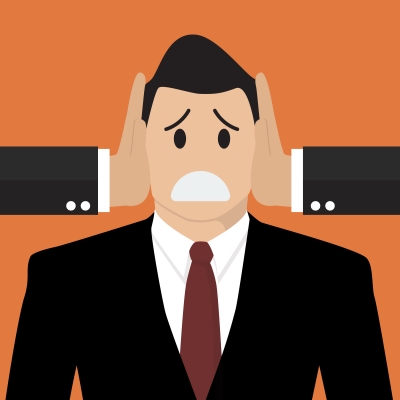 Many studies were conducted to explore how noise affects our health in industrial settings. They found out that noise level above 80 dB can cause hearing impairment in people who are exposed more than eight hours to it. However, the very few studies have seriously researched noise as the environmental pollutant. According to some medical reports, traffic noise is one of the greatest pollutants in our surroundings. It does not lead to hearing impairment, but in the long run, can cause several health issues. Namely, there are indications that point at noise as the big factor in the development of cardiovascular diseases and can lead to heart failure. Experts have also discovered that noise increases the stress level in many people. They explain it by evolution theory. Namely, they think that humans once had reacted to the sounds as the indication of potential threat. It had raised their level of stress and prepared them to fight or flight. Medically speaking, we react to loud noise by using amygdala, a gland that runs automatic reactions in case of danger. Even though we can habituate to constant levels of noise, the truth is, a chronic and loud noise will lead to health problems sooner or later. To learn more about the consequences of noise and how it affects our health, the article “Noise Pollution: Non-Auditory Effects on Health” explains its influence on a heart condition.

The strongest evidence for the effect of noise on the cardiovascular system comes from studies of blood pressure in occupational settings13 (Table 1). Many occupational studies have suggested that individuals chronically exposed to continuous noise at levels of at least 85 dB have higher blood pressure than those not exposed to noise14,15. In many of these studies, noise exposure has also been an indicator of exposure to other factors, both physical and psychosocial, which are also associated with high blood pressure. Unless these other risk factors are controlled, spurious associations between noise and blood pressure may arise. A recent pioneering longitudinal industrial noise study has shown that noise levels predicted raised systolic and diastolic pressure in those doing complex but not simple jobs16, and predicts increased mortality risk.

Besides, loud noise also affects children and their cognitive ability. Recent research conducted among American children between 6 and 19 years has revealed hearing impairment of 12.5%. Experts explain this phenomenon by the expansion of music players among children and their habit to listen to music at the highest volume. Furthermore, scientists discovered that the noise level above 55 dB can significantly affect children’s ability to learn and remember the facts. Not only that the higher noise level influences cognitive ability, but it also changes our behavior and impedes social-emotional development. One medical study has concluded that the noise level higher of 80 dB encourages aggressive behavior and decrease our ability to empathize with others.

Tags: How Does Noise Affect Our Health?