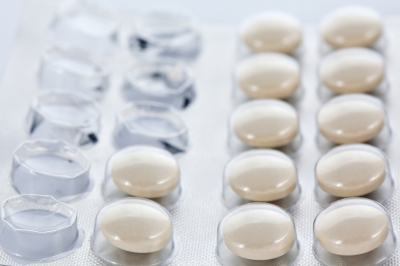 Although drugs such as Viagra, Levitra and Cialis have revolutionised treatment of impotence in the last ten years, around a third of men who take them experience no improvement. However recent research shows that a new class of drugs, originally manufactured for diabetes may offer a solution.

“Tablets costing just 2p each could be a new treatment for men with erection problems. New research suggests the medicine, called metformin, could boost a man’s performance in the bedroom.

The drug has been widely used on the NHS for many years to treat patients with type 2 diabetes.

But now scientists think it may also work as an alternative to anti-impotence drugs such as Viagra or Cialis.

Laboratory tests at the Georgia Health Sciences University in the U.S. show the diabetes drug boosts erectile function by relaxing blood vessels in the genital  area, allowing blood to flow more freely  into the penis.

Although it has yet to be tested in humans, it could quickly emerge as a new treatment because it is readily available, extremely  cheap and has an excellent  safety record.

One in ten men in the UK suffers erectile dysfunction at some point in their lives.

Although drugs such as Viagra, Cialis and Levitra have revolutionised treatment in the last ten years, around 30 per cent of men who take them experience no improvement.

For these men, the only other options are to inject drugs straight into the penis, or use a pump that manually increases blood supply to the organ. Neither is very popular.

Metformin has been attracting a great deal of attention from researchers in recent years, mostly because it seems to hold promise as a potentially powerful new weapon against certain cancers, such as prostate, breast and ovarian tumours.

The drug belongs to a class of medicines known as biguanides, which have been used for decades to treat type 2 diabetes – the form of the disease  that normally affects obese people and those over 40.

Taken twice a day, it works by reducing the amount of glucose produced by the liver and helping cells mop up sugar that is circulating in the bloodstream. This prevents damage from excessive blood sugar levels. It can also decrease appetite and lower dangerous blood-fat levels.

The latest research, published online in the Journal of Sexual Medicine, showed the drug may also increase the amount of the naturally occurring chemical nitric oxide.

This makes blood vessels flexible and dilated – and can increase blood flow to the genitals.

Commenting on the study, Dr David Edwards, a GP who runs a male sexual health clinic at the White House Surgery in Chipping Norton, Oxfordshire, said: ‘Metformin is an old, cheap, well-tried and tested drug which is usually well tolerated.

‘But it was only used for 28 days, which is a short time, and just in rats. Many diabetics are already on metformin and yet erectile dysfunction is very common in this group.

‘It may be that their problems might be worse if they were not on the drug.’ “

At the end of the day a drug is a drug. Recent research also shows that a junk food diet and sedantary lifestyle can also lead to erectile dysfunction problems. So a low fat diet rich in fruit and vegetables together with exercise may be a better solution.