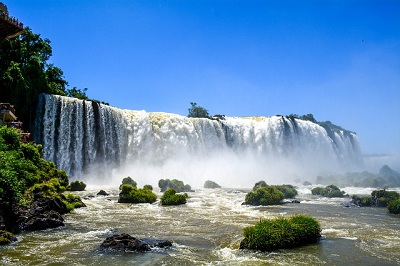 Negative ions are negatively charged particles of oxygen. These particles have one extra electron. Water molecules have the main role in their creation. For that reason, they usually appear near rivers, seas, waterfalls, and streams. They come up in higher concentration just after thunderstorms. Their appearance is the very reason why many of us feel better after a thunderstorm. Negative ions surround natural places like forests and mountains. In city settings, positive ions prevail. Negative ions are significantly reduced and usually amount one tenth. But, what are their effects on our health? According to experts, negative ions in larger quantities clean the air from various pollutants and toxins. They do not only release toxic substances, but they also remove viruses, bacteria, pollen, pet dandruff, and other allergens from the air. People who are more exposed to negative ions and their beneficial effects have less respiratory problems, if any. They seldom suffer from depression, anxiety, and stress. Their immunity is better and their general health is stronger. To find out more about why negative ions are good for our health, the article “Negative Ions Benefits for Your Health” gives us the following explanation.

1. Negative ions increase your sense of well-being and mental clarity.

2. They are proven to clear the air of dust, pollen, pet dander, mold spores and other potential allergens.

4. Improve the function of the cilia in your respiratory tract.

9. Reduces instances of headaches and sickness.

For many of us, who live in city settings, the question is – how to increase negative ions in our environment. Medical experts recommend spending more time outdoors, especially near rivers, lakes, etc. They also suggest exercising outdoors and taking a walk in nature. If we want to reduce positive ions in our home and surroundings, we need to get rid of synthetic carpets and upholstery. Plants may contribute to the higher oxygen production, while fountains and salt lamps can add many more negatively charged ions. Wearing clothes from natural materials such as cotton, wool, linen, or bamboo may help increase negative ions. If we still wonder – why are negative ions good for our health – studies have shown that patients recover almost 60 percent faster when surrounded by these miraculous particles.

Tags: Why Are Negative Ions Good for Our Health?