Magnesium for the Body

Magnesium for the Body 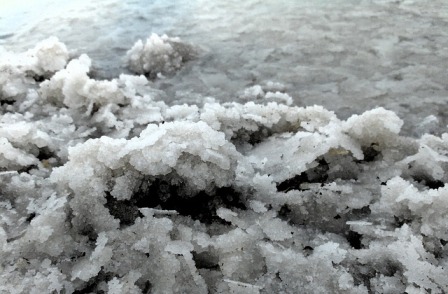 Magnesium is in chlorophyll, the pigment that makes plants green. Humans absorb magnesium from food as it passes through the small intestine. The kidneys normally regulate how much magnesium is in the blood, and any excess magnesium is excreted in urine. Magnesium levels can be measured with a blood test.

When magnesium dissolves in body fluids, it becomes an electrolyte. Electrolytes are ions that have an electric charge. Magnesium is a cation, or positively charged ion, with an electric charge of +2, meaning it has lost two of its negatively charged elections. Other important electrolytes in the body are sodium (Na+ ), potassium (K+), calcium (Ca 2+), and the negatively charged ions chloride (Cl-), phosphate (HPO 4 2-), bicarbonate (HCO3-), and sulfate (SO 4 2-). Multiple electrolytes are involved in most metabolic reactions. These electrolytes are not evenly distributed within the body, and their electric charge and uneven distribution are what allow many chemical reactions to occur. About 50-60% of the 25 grams of magnesium in an adult’s body, is in the bones. About 25% is in muscle cells, 6–7% in other cells, and less than 1% outside cells.

Magnesium is involved in many reactions. One of the most important is in synthesizing adenosine tri-phosphate (ATP), the molecule that supplies most of the energy to drive cellular metabolism. Magnesium is needed to create new DNA, Ribonucleic acid (RNA), and proteins. The electrical charge of the magnesium ion is important in regulating the transmission of nerve impulses, muscle contraction, and the movement of nutrients and other electrolytes in and out of cells. Magnesium also has an effect on the way calcium is deposited in bones. It makes bone structurally more dense and stronger.

Tags: Magnesium for the Body