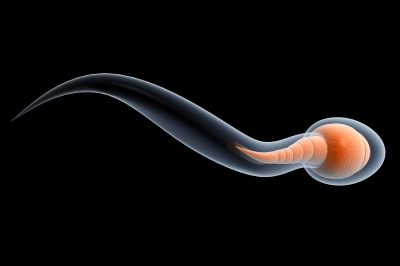 What are the indications for male infertility?

Statistics show that in at least 40% of infertile couples, there is a male factor contributing to the problem. Male fertility screening is done through semen analysis. The general rule is that the lower the sperm count and the poorer the sperm quality, the longer it will take and the more difficult it may be for a pregnancy to occur. However, even men with very low sperm counts may eventually be successful in causing a pregnancy. The sperm count only needs to be high enough for that one time that ovulation occurs, in order for a pregnancy to be possible.

What are the major factors affecting sperm production?

Oligospermia is the term used to describe the condition when the sperm count is low. If there are no sperm at all in the semen sample, the condition is termed azoospermia. In such cases, the clinic will wish to see the man to take a more detailed history and to examine him. In his history, specific questions will be asked about any past condition that may have affected the testicles. For instance, he will have to answer queries regarding whether he has had any operations in the groin area or for undescended testicles in childhood. The specialist will also ask questions to determine whether there has been any major injury or infection in the genital area.

Infected semen can be a cause of infertility. Earlier, it was believed that mumps could cause sterility in men. However, it is now known that even when the testicles are involved in mumps orchitis (very painful swelling of the testicles), it is extremely rare for this to lead to sterility.

What other factors affect sperm production?

Heat can have a detrimental effect on normal sperm production. It is for this reason that nature has placed the testicles outside the body in the scrotum rather than in the abdomen like the ovaries. Some infertile men soak themselves in a bathtub full of scalding water and emerge looking like lobsters. This can almost stop sperm production completely. Obese men can also become sterile because the sagging layers of fat can overheat the testicles. Men whose jobs involve long hours of sitting, e.g. long distance lorry-drivers, may have infertility due to the increased heat to the genital area.
Very frequent intercourse can lead to the demand exceeding the supply. There are quite a number of infertile men whose sex drive is such that they must ejaculate 2-3 times a day. This explodes the myth that links infertility to lack of virility. It can be extremely difficult for these men to reduce their ejaculation rate to every 48 hours.

Smoking over 20 cigarettes a day has been shown to reduce both the sperm count and the sperm motility to quite a major degree.

Excessive alcohol intake will lead to infertility mainly because a man loses both the inclination and the ability to rise to the occasion! Alcohol can also lower the production of sperm and of the male hormone testosterone.

The workaholic can find that fatigue can have similar effects on his interest in intercourse as excessive alcohol intake.

What problems can be identified during examination?

Every infertile man must be carefully examined. The examination of the external genitalia in the male rarely shows anything out of the ordinary. However, sometimes one or both testicles are very small or rarely may even be absent. Additionally there may be congenital absence of each vas deferens, the ducts through which sperm pass from the testicles to the female at intercourse.

Other factors which may contribute to lowered fertility, and which can be identified on examination include:

Varicocele is a term used to describe a condition where there are varicose veins around the testicle and vas deferens. In the case of varicoceles, there is an increase in the blood flow and temperature around the testicle. Even a small varicocele may be significant and affect sperm production.
The presence of excessive fluid around the testicle is known as a hydrocele.
There can occasionally be anatomical defects in the development of the penis. Consequently, during intercourse and ejaculation the sperm cannot be deposited within the vagina very easily. Retrograde ejaculation is a rare condition when some men ejaculate backwards into the bladder. This could be the result of earlier surgery to the urethra (the outflow tube from the bladder).
A rectal examination can help determine whether the prostate gland may be a source of chronic infection.