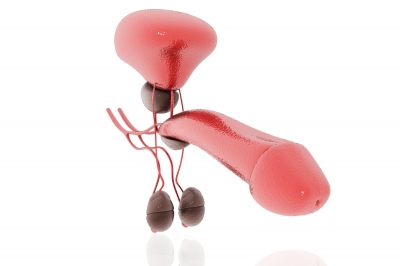 Erection begins with sensory and mental stimulation. Impulses from the brain and local nerves cause the muscles of the corpora cavernosa to relax, allowing blood to flow in and fill the open spaces. The blood creates pressure in the corpora cavernosa, making the penis expand. The tunica albuginea helps to trap the blood in the corpora cavernosa, thereby sustaining erection. Erection is reversed when muscles in the penis contract, stopping the inflow of blood and opening outflow channels.
WHAT ARE THE CAUSES OF IMPOTENCE?
Since an erection requires a sequence of events, impotence can occur when any of the events is disrupted. The sequence includes nerve impulses in the brain, spinal column, and area of the penis, and response in muscles, fibrous tissues, veins, and arteries in and near the corpora cavernosa.
Damage to arteries, smooth muscles, and fibrous tissues, often as a result of disease, is the most common cause of impotence. Diseases, including diabetes, kidney disease, chronic alcoholism, multiple sclerosis, atherosclerosis, and vascular disease, account for about 70 percent of cases of impotence. Between 35 and 50 percent of men with diabetes experience impotence.
Surgery (for example, prostate surgery) can injure nerves and arteries near the penis, causing impotence. Injury to the penis, spinal cord, prostate, bladder, and pelvis can lead to impotence by harming nerves, smooth muscles, arteries, and fibrous tissues of the corpora cavernosa.
Also, many common medicines produce impotence as a side effect. These include high blood pressure drugs, antihistamines, antidepressants, tranquilizers, appetite suppressants, and cimetidine (an ulcer drug).
Experts believe that psychological factors cause 10 to 20 percent of cases of impotence. These factors include stress, anxiety, guilt, depression, low self-esteem, and fear of sexual failure. Such factors are broadly associated with more than 80 percent of cases of impotence, usually as secondary reactions to underlying physical causes.
Other possible causes of impotence are smoking, which affects blood flow in veins and arteries, and hormonal abnormalities, such as insufficient testosterone.

HOW IS IMPOTENCE DIAGNOSED?
PATIENT HISTORY
Medical and sexual histories help define the degree and nature of impotence. A medical history can disclose diseases that lead to impotence. A simple recounting of sexual activity might distinguish between problems with erection, ejaculation, orgasm, or sexual desire.
A history of using certain prescription drugs or illegal drugs can suggest a chemical cause. Drug effects account for 25 percent of cases of impotence. Cutting back on or substituting certain medications often can alleviate the problem.
PHYSICAL EXAMINATION
A physical examination can give clues for systemic problems. For example, if the penis does not respond as expected to certain touching, a problem in the nervous system may be a cause. Abnormal secondary sex characteristics, such as hair pattern, can point to hormonal problems, which would mean the endocrine system is involved. A circulatory problem might be indicated by, for example, an aneurysm in the abdomen. And unusual characteristics of the penis itself could suggest the root of the impotence, for example, bending of the penis during erection could be the result of Peyronie’s disease.

LABORATORY TESTS
Several laboratory tests can help diagnose impotence. Tests for systemic diseases include blood counts, urinalysis, lipid profile, and measurements of creatinine and liver enzymes. For cases of low sexual desire, measurement of testosterone in the blood can yield information about problems with the endocrine system.
OTHER TESTS
Monitoring erections that occur during sleep (nocturnal penile tumescence) can help rule out certain psychological causes of impotence. Healthy men have involuntary erections during sleep. If nocturnal erections do not occur, then the cause of impotence is likely to be physical rather than psychological. Tests of nocturnal erections are not completely reliable, however. Scientists have not standardized such tests and have not determined when they should be applied for best results.
PSYCHOSOCIAL EXAMINATION
A psychosocial examination, using an interview and questionnaire, reveals psychological factors. The man’s sexual partner also may be interviewed to determine expectations and perceptions encountered during sexual intercourse.
IS THERE ANY TREATMENT?
Most physicians suggest that treatments for impotence proceed along a path moving from least invasive to most invasive. This means cutting back on any harmful drugs is considered first. Psychotherapy and behavior modifications are considered next, followed by vacuum devices, oral drugs, locally injected drugs, and surgically implanted devices (and, in rare cases, surgery involving veins or arteries).
PSYCHOTHERAPY
Experts often treat psychologically based impotence using techniques that decrease anxiety associated with intercourse. The patient’s partner can help apply the techniques, which include gradual development of intimacy and stimulation. Such techniques also can help relieve anxiety when physical impotence is being treated.
DRUG THERAPY
Drugs for treating impotence can be taken orally or injected directly into the penis. Oral testosterone can reduce impotence in some men with low levels of natural testosterone. Patients also have claimed effectiveness of other oral drugs, including yohimbine hydrochloride, dopamine and serotonin agonists, and trazodone, but no scientific studies have proved the effectiveness of these drugs in relieving impotence. Some observed improvements following their use may be examples of the placebo effect, that is, a change that results simply from the patient’s believing that an improvement will occur.
Many men gain potency by injecting drugs into the penis, causing it to become engorged with blood. Drugs such as papaverine hydrochloride, phentolamine, and prostaglandin E1 widen blood vessels. These drugs may create unwanted side effects, however, including persistent erection (known as priapism) and scarring. Nitroglycerin, a muscle relaxant, sometimes can enhance erection when rubbed on the surface of the penis.
To review, penile erection is caused by the engorgement of the penis with blood. It has been found that under normal conditions, sexual stimulation leads to the production and release of nitric oxide in the penis. Nitric oxide then activates the enzyme, guanylate cyclase, which causes the production of cyclic guanosine monophosphate (cGMP). It is the cGMP that is primarily responsible for the erection by affecting the amount of blood that the blood vessels deliver and remove from the penis.
A new medication, sildenafil (VIAGRA) inhibits an enzyme called phosphodiesterase-5 (PDE5) which destroys the cGMP. Thus, sildenafil (VIAGRA) prevents the destruction of cGMP and allows cGMP to accumulate and persist longer. The longer cGMP persists, the more prolonged the engorgement of the penis. Sildenafil (VIAGRA) is used for the treatment of erectile dysfunction of either organic (medical condition) or psychogenic (psychological) cause.
Research on drugs for treating impotence is expanding rapidly. Patients should ask their doctors about the latest advances.
VACUUM DEVICES
Mechanical vacuum devices cause erection by creating a partial vacuum around the penis, which draws blood into the penis, engorging it and expanding it. The devices have three components: a plastic cylinder, in which the penis is placed; a pump, which draws air out of the cylinder; and an elastic band, which is placed around the base of the penis, to maintain the erection after the cylinder is removed and during intercourse by preventing blood from flowing back into the body (see figure 2).
One variation of the vacuum device involves a semirigid rubber sheath that is placed on the penis and remains there after attaining erection and during intercourse.