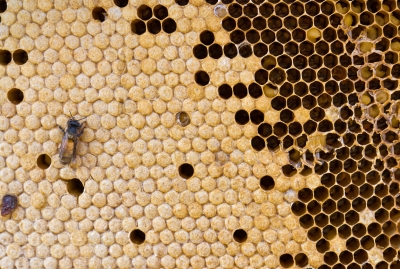 Image courtesy of Stoonn at FreeDigitalPhotos.net

Haemorrhoids or piles cause a lot of misery for sufferers but now comes news about using honey to treat haemorrhoids, which might sound like an old wives’ tale but is based on scientific reasoning. Natural remedies are often preferred for human disorders since they are usually responsible for fewer side effects that many manufactured drugs.

The article’s explanation is as follows:

“Used by Egyptians and other ancient civilizations before their histories were recorded, honey has been exposed as a potent anti-inflammatory and anti-bacterial medicine. As it applies to hemorrhoids, honey has been shown to soothe the swelling and even repair damaged skin when applied directly to hemorrhoids.”

“Leptospermum honey is hygroscopic. This means that this type of honey “draws more moisture out of the environment and thus dehydrates bacteria.” Then, the honey’s natural anti-inflammatory properties alleviate the swelling of tissue and reduce pain by taking pressure off of surrounding nerves. That’s a pretty sweet way to relieve many symptoms associated with piles.”

“As honey is just now gaining mainstream acceptance as a piles treatment in the United States, the many available documented accounts or honey as a hemorrhoid remedy have yet to unanimously agree on the proper dosage, application, and kind of honey that should be used.”

“Some experimenters have reported a full recovery after orally ingesting it, others argue that it should be applied topically. Another government article about the validity of honey as a hemorrhoid treatment confirmed that topical application is the most effective.”

“If you don’t have access to a medically optimized version of Leptospermum honey, the same active ingredient exists in its raw form. As a general rule, the more natural the form of honey (raw or organic), the more effective it will be in treating and even curing hemorrhoid symptoms.”

“When using organic or raw honey to treat hemorrhoids, we recommend using a honey that has been certified free of harmful or added ingredients. Further depending on your needs and tastes – honey can be applied topically or eaten with meals. Of the documented accounts that exist – it is suggested that four ounces a day is ideal for maximum healing benefits.”

“Until the efficacy of honey for curing piles is measured less subjectively and more clinically, first-time experimenters will have to experiment and determine which honey type works best for them and how much honey is needed for maximum benefit. Either way, it is much safer and more affordable to try natural cures before trying more drastic measures like surgery, especially if the natural option renders surgery unnecessary. The worse you could end up with is a sticky butt.”

This is a fascinating report on the use of natural materials to heal our ills. It is difficult, however, to see exactly how consuming honey could actually reduce the symptoms of haemorrhoids but certainly the topical application would seem to make sense. For anyone suffering from haemorrhoids it is surely worth trying something natural like this first, since it is cheap and easy to use, and could just be enough to make a difference.

So, along with lard, olive oil, and the bread poultice, the use of honey to treat haemorrhoids could be another useful remedy from nature.