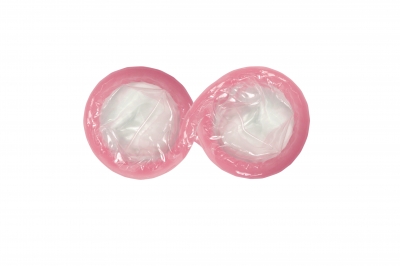 Image courtesy of scottchan at FreeDigitalPhotos.net

AIDS stands for acquired immunodeficiency syndrome. It is a disease caused by the human immunodeficiency virus (HIV). Most people who are infected with HIV eventually develop AIDS. There may be a small percentage of people with HIV who will never develop AIDS. When people develop AIDS, their immune systems are slowly destroyed. People with AIDS get diseases called opportunistic diseases or infections. The weakened immune system no longer can provide protection for these diseases.

The bad news about HIV is how much it has spread. Over twenty million people in the world have HIV. Nearly a million of them live in the United States. Many people with HIV have not been tested and do not realize that they have the virus.

There is good news, however, about new treatments for HIV and AIDS. Many new discoveries are helping people with HIV. How many viruses are actually in the bloodstream can now be measured. These tests are much more helpful in showing how well anti-viral medications are working.

There are two classes of medications that are helping people with HIV. They work by keeping the virus from reproducing and spreading. The first class is the reverse transcriptase inhibitors, such as AZT. The second class of drug is the protease inhibitors, which help prevent HIV from reproducing. Using a combination of such drugs together can slow the virus down a great deal. However, no one is sure how long it will take people to develop resistance to these drugs.

There are also medications that are known as prophylactic medications. These medications can help prevent the infected person from getting some of the worst opportunistic infections such as:

HIV and AIDS have been recognized for less than 20 years. Over one million people in the U.S. are now infected with HIV. AIDS is the number one killer of men and women between the ages of 25 and 44. New research and information about HIV and AIDS is reported every day.

Look in the Yellow Pages under “AIDS Information and Treatment.” Many cities have AIDS service organizations which will be listed there. Public and university libraries often have HIV and AIDS information.

Many people have heard about “safer sex,” but still have many questions that they are too shy to ask. Further information is available at public libraries, family planning clinics, sex disease clinics or through local/national help orgainisations.