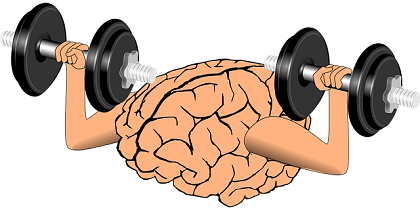 Benefits of exercise are huge. It affects our physical health on many levels and influences our psychological and emotional condition in a positive way. Namely, numerous studies show beneficial effects of exercising on our brain. According to experts, regular exercising improves circulation in our body that enables the brain to work better. If we want to get the most from our exercising regime, they recommend walking, running, swimming or aerobic training. These types of physical activities force the heart to pump more blood, thus providing our brain with a huge amount of oxygen. In this way, our stem cells grow and brain’s blood vessels multiplies. Even though scientists once thought that brain cells cannot regenerate, it has been changed. Now we know that the process of disappearance of brain cells is reversible. Several studies have shown that cognitive skills of people between 55 and 80 years who exercise on a regular basis are four times better than the ones who neglect physical activity. Moreover, exercise reduces stress and anxiety, thus decreasing a quantity of cortisol that slows our cognitive abilities. On the other hand, it improves our mood, because our body produce serotonin, a happy hormone. Some studies prove that people who has been diagnosed with depression and who practice on a regular basis have similar effects as people are on antidepressants. To find out more about how exercise affects the brain, the article “Physical Exercise Beefs up the Brain” gives us the following explanation.

One of the earliest clues about exercise-induced changes in the brain came in the late 1990s, when a group of scientists decided to compare the brains of mice given unlimited access to an exercise wheel (runners) to those of mice without exercise wheels in their cages (non-runners).

Compared with the non-runners, the researchers discovered that physically fit mice had double the number of new nerve cells in a region of the hippocampus — an area of the brain involved in learning and memory. When the scientists later taught the runners and non-runners to navigate a water maze, they found the runners learned the task faster than the non-runners and took a more direct route to the maze end.

Fred Gage, a neuroscientist at the Salk Institute for Biological Studies who led both studies, explained that the researchers were “very surprised” to find that the physical activity of a mouse “affects the number of new brain cells and impacts its ability to remember things.” At the time, scientists largely agreed the brain affects behavior. Gage’s studies suggested the opposite was also true.

Medical experts recommend exercising in the morning because it sets up our mood and prepares us for daily challenges. According to them, people who exercise have greater resistance to stress, are more focused and have better abilities to solve problems. It improves our working memory and helps us to perform complex tasks. Exercising makes us better equipped to cope with everyday stress and life demands.

Tags: How Does Exercise Affect the Brain