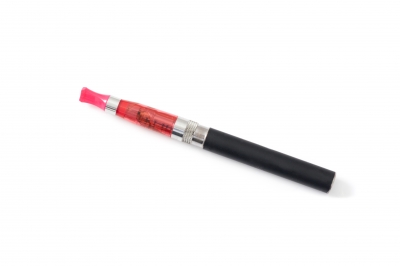 Image courtesy of patrisyu at FreeDigitalPhotos.net

Electronic cigarettes may be the answer to quitting smoking and this is backed up by a recent article which points out that they are a much healthier alternative to smoking tobacco. Arguably, smoking an e-cigarette is not really smoking at all, since you’re inhaling not actual smoke, but instead a vapour from a relatively harmless vegetable product such as propylene glycol.

The article admits however that:

“The industry has yet to produce results of large-scale randomized human studies to back their claims.”, and that:

The article goes on to explain the way e-cigarettes work:

“E-cigarettes, or vapor cigarettes, work by superheating a cartridge that gives the smoker a dose of nicotine in the form of water vapor. This vapor can be flavored with cherry, chocolate, vanilla, tobacco, and menthol. The body absorbs the nicotine and then exhales this water vapor, which the industry claims leaves no harm to the person or its surroundings. Sellers of e-cigarettes say the water vapor has no chemicals or carcinogens (cancer causing substances) – it cannot cause second-hand harm to others or the environment – i.e. there is no second hand smoke (passive smoking).”

Reading further you discover that:

“A survey carried out by researchers from the University of Alberta, School of Public Health found that most e-cigarette users are switching over as a complete replacement for cigarettes.”

“The industry adds that by switching to e-cigarettes, smokers will be able to use their new smoke-free device in restricted areas where tobacco smoking is forbidden, such as bars, hotel rooms, airports, and restaurants.”

However this claim may be premature as there have been cases of arguments occurring where the smoker of an e-cigarette has been asked to leave clubs or bars where no smoking is enforced, since the e-cigarette looks so much like the real thing, and is still regarded by some as a “cigarette”.

With regard to the future of e-cigarettes, the article goes on to say:

“Health organizations and researchers have diverging opinions and concerns regarding the benefits and potential harms of E-cigarettes. There are very few scientifically-controlled studies of E-cigarettes because of their relatively recent invention and even more recent popularity.”

“Surely, a large-scale study comparing the harms and benefits of e-cigarettes with smoked tobacco would at least put to rest current doubts regarding these products as purely an alternative for current tobacco cigarette smokers. A 12-month large scale study comparing e-cigarettes to various smoking cessation techniques would also provide useful and interesting data.”

It would certainly make sense to see some proper trials of e-cigarettes and thus be able to substantiate the claims for health benefit. One might wonder if there were any possible long term risks from inhaling the propylene glycol vapour which might leave perhaps a residue within the linings of the lungs.

At the present time, however, electronic cigarettes may be the answer to quitting smoking for those heavily addicted to nicotine since they offer the most effective nicotine replacement means yet devised.