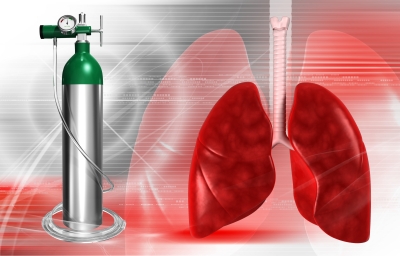 Cystic fibrosis has been around since medieval times. Infants in the middle ages who had “salty” skin were considered bewitched because they normally died during infancy. The disease is sometimes fatal, inherited, chronic, and progressive. There is no known cure for this genetic disease. Cystic fibrosis normally affects the digestive and respiratory organs of the body. Thick mucus collects in the passageways and lungs in the respiratory system and blocks the ducts that allow digestive enzymes to reach the small intestine.

Children and adults are normally the ones affected by cystic fibrosis. Sweat glands are affected and most of the time the reproductive system is also affected. Cystic fibrosis is a disease that is inherited when both parents are the carrier of a recessive gene. The CFTR gene is a recessive gene caused by mutations in that gene.

The Cystic Fibrosis Foundation estimates that over 30,000 American, 3000 Canadians, and 20,000 Europeans have cystic fibrosis. No one can explain why white Caucasians are more at risk than any other ethnic group to have this disease. The risk goes higher if their ancestors came from the Northern part of Europe. Although cystic fibrosis is a mainly Caucasian inherited disease it does and will cross into other ethnic groups.

It wasn’t until 1989 the gene responsible for cystic fibrosis. Once that gene was discovered the number of babies born with cystic fibrosis started going down. There are nearly twelve million people in the United States that are unaware they are carriers of this mutant gene.

Treatment options vary according to each individual and the severity of the symptoms. The most common areas affected by cystic fibrosis are the respiratory and digestive systems. Symptoms also vary for each individual with cystic fibrosis. Symptoms can include too much salt in sweat. This will cause an upset in the balance of minerals in the blood. A disturbance in the balance of minerals can cause heart arrhythmia problems and shock can be the result.

Thick masses of mucus can build up in the lungs and intestines causing malnutrition, slower than normal growth, chronic infections, problems with breathing and eventually lung damage. The cause of death of most cystic fibrosis patients is lung disease.

There are many other medical problems that cystic fibrosis can create. Chronic sinusitis, nasal polyps, heart enlargement, chronic cough and pneumothorax are additional severe problems cystic fibrosis can cause. Pneumothorax is caused when lung tissue ruptures and air gets trapped between the chest wall and the lung. Coughing up blood is another severe complication when the disease attacks the lungs.

Complications can occur in the intestinal tract also. A cystic fibrosis patient may experience intense stomach pain, excessive gas, bloating, and diarrhea or bowel obstruction. Other serious complications are rectal prolapse. That occurs when the patient has chronic diarrhea or a bowel obstruction. Gall bladder disease, pancreatic inflammation, liver and diabetes may also be severe complications of this incurable disease. Staying as healthy and fit as possible is one of the best treatments you do for yourself.