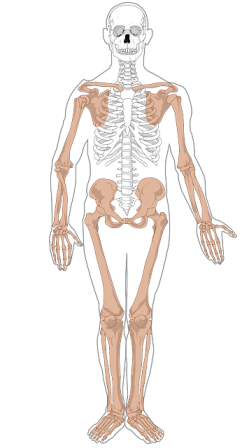 As an alternative healer, the chiropractor understands that a human body is able to function at its best without the need for chemical supplementation. This led to the notion that the body is also able to heal itself without the need for chemicals, pills, compounds, shots, and in some cases even surgery. Drugs are generally considered to be the very potions that weaken a body’s ability to bounce back after an illness and as such may wreak more havoc with the body’s innate ability to self-regulate that they need to be avoided whenever possible. Yet this latter statement shows that even chiropractors have had to embrace the idea that there is a time and a place for everything, including drugs. The art of balancing alternative medicine with the breakthroughs of medical science has become the new mission of chiropractics, and while some individual practitioners appear to be more adept at it than others, it is safe to say that this facet of chiropractic care is not due to change any time soon.

What made the need for this adaptation painfully obvious was the day that chiropractors were one day pushed into the role of being primary care physicians, and as such had to realize the limitations that were part and parcel of their profession – not only self imposed, but also imposed by insurance companies who would want to see results with a minimum of office visits and tests. As such, many a chiropractor felt the pressure to work with other health care professionals and while in many cases this might mean that their patients are still subjected to drug regimens, shots and even surgeries, the chiropractic professional has realized that there is actually a lot benefit to be reaped by the average patient who is able to have the best of both worlds.

Granted, there are still some purists who deny the idea that medicine of the conventional kind can be balanced with the pure holistic approach, but generally speaking those are in the minority. It is noteworthy that many chiropractors actually rely on the findings of their conventional counterparts to arrive at proper assessments of their patients themselves. Add to this the fact that the way that bodily structures and also the body’s neurological aspects can now be treated with advanced methodology brought about conventional medicine’s advancement, and it is not surprising that chiropractors no longer see established medicine as the enemy but instead as a spring board from which they can leap just a bit further in the pursuit of the perfect mode of patient treatment. Chiropractors to this day will avoid the usage of any drugs and instead seek to counsel patients to help the body heal itself with the help of alternative methods. Many chiropractors to this end have a working relationship with an acupuncturist, health food counselor, and also aroma therapist so that the mind as well as the body can be treated. Yet unlike the old days, chiropractors have come to respect medical science as an authority that not only delivers many worthy components for a patient’s care, but in many ways also makes the work of a chiropractor a lot easier.