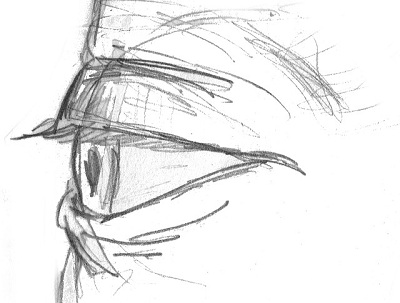 Bags under eyes usually appear as a result of the aging process. Sometimes, they can take a shape of dark circles, while sometimes they rather come as puffy bags under the eyes. According to experts, puffy swollen bags or dark circles do not represent a serious health condition per se. What may point at a certain health problem is a presence of other signs or symptoms characteristic of a certain disease. When swollen eyes become persistent, then we should consult our physician. Apart from being the esthetic problem, swollen eyes may appear as a result of underactive thyroid better known as hypothyroidism.

However, when the right therapy is prescribed, the puffy bags usually disappear. Another common health condition that might cause the under eyes bags is seasonal allergies. Allergies do not only make us cough and sneeze, but also affect the area under the eyes. However, experts claim that in a majority of cases, puffy bags under the eyes appear when we age. Aging process affects our skin, depriving it of elasticity and firmness. The skin tissues around our eyes become more transparent and lose its density. The older we get, the thinner and darker will be under the eye area. To find out more about what causes puffy bags under the eyes, the article “What Causes Your Eyelids to Sag?” gives us an interesting explanation.

But one of the most important ones is oxidative stress – the result of eating a largely unhealthy diet of processed foods – which causes an accumulation of free radicals, or cell damaging substances, in your body. Naturally, this type of cellular damage is most visible on your face, in the form of wrinkles, bags, droopy eyelids and loss of skin elasticity and glow.

Diets high in sugar increase free radicals and oxidative stress, and leads to signs of premature aging, and according to a recent study published in the European Journal of Clinical Investigation on May 16, 2008, people with metabolic syndrome suffer greater levels of oxidative stress than those who are not pre-diabetic.

As I’ve reported before, almost 26 percent of U.S. adults over the age of 20 are pre-diabetics, and more than 35 percent of seniors, 60 and older have pre-diabetes. And that’s in addition to the 8 percent that have already crossed the line and are diabetics. Obese people also have much higher levels of oxidative stress.

The way to decrease the speed at which signs of your real age show up, is by consuming large amounts of whole, unprocessed, healthy raw foods that are loaded with antioxidants. If you’re still young, you will be less likely to develop them in the first place if you take a proactive, healthy approach now.

Additionally, if we want to avoid to wake up with puffy bags under the eyes, medical experts advise us to lessen spicy, salty food just before the bedtime. They also recommend minimizing consumption of processed food that may affect the skin under the eyes in a similar way. People who smoke or drink alcohol can get rid of puffy bags when breaking the bad habits.