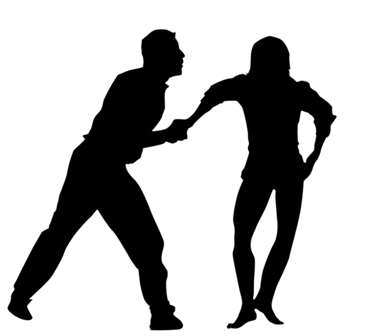 Every relationship has its own challenges, but sometimes the bad habits can completely spoil the future of relations between the two of you. It is not easy to break the bad habits, because you have been accustomed to some behavioral pattern long ago, and its repetition during the years becomes the part of your personality. This habitual behavior you mostly express automatically, without really stop and think about it. If you look closer, you can see that your habits consist of the set of thoughts and actions that you repeat again and again. Thus, the first step is to recognize that your habits do not define you. If you are willing to put your time and energy in breaking these patterns, the following article written from women’s perspective “Your partner’s annoying habits: How to deal” lists the common habits that annoy women the most.

Bodily quirks: This includes non-clandestine nose picking, passing gas, burping, picking teeth and anytime when one releases things from orifices that no one else wants to smell, witness or be around. Of course everyone must do so at times, but how about in the bathroom or other private place? Explain to your partner you are inclined to feel more sexually attracted to them when not subjected to foul odors and the like. If you did this in front of him (it usually is the guy, sorry) he would not really like it or find it sexually alluring. Request he do it in private.

Selective listening: You are trying to talk and he or she is tuned out, staring at the TV, computer or phone. Agree upon a benign code word (like “banana”) for when you really would like full attention. It lets your partner know that paying attention now is important to you, which avoids the mystery of when to be fully attentive.

Being a slob: Dishes, clothes, shoes, mud — who, exactly, is supposed to clean that up? You think it’s you, but your partner may just be fine with the mess, planning to get to it later. A discussion of who will be cleaning the mess (and exactly how much later) will help. Sometimes messiness is about relaxing in the moment; if so, ask for a time when he or she will return to the scene of the crime, and then make sure you do leave the things for the return. You will likely see fewer things strewn around.

Bad manners: Scratching his back with a fork, leaving the toilet seat up, rearranging private parts in public — things that never happened early on in the relationship are now a daily affair that makes you feel like you married a Neanderthal. But for him (or her!), being able to relax and not feel like he married Emily Post is important. The solution lies somewhere in the middle, a relaxed state of getting to be yourself, with a dose of courtesy for your partner. Have a conversation about what constitutes reasonable manners to both of you. You may have different standards because you grew up in different homes. The things that are most egregious to the other are things you should step away and do in private. The “note reminder” technique helps for some. So a Post-It on the toilet for two weeks that says “Please put down the seat” can help to change a long-time habit.

Control freaks: Monopolizing the remote control, ruling what happens in the kitchen, always picking what movies you two watch. Relationships inevitably have some power struggles, and they can play out in the form of annoying habits that look innocent, but are really about being in control. If the remote control is bugging you, ask yourself, where does that partner get to have some control? If the answer is nowhere, maybe you should let them have it here — after all, it’s pretty innocuous. But if the remote is just one of many examples of robbing you of a say, then it’s time to discuss the inequity of power. Address what is underneath a seemingly meaningless habit to find the real meaning, which is about learning to share the power.

If you consider relationship issues and challenges as the opportunity to make your influence in a positive way and become a better partner, you can benefit from it. Everything on our planet is constantly moving, changing, growing, and developing. The relationships are not an exception. If you want your relation to flourish, then you have to commit yourself to it and invest your time, energy and effort. Replacing the bad habits with the good ones take time and patience, and this process can be very hard for the both of you. But, if you persist, the reward for your effort can be more harmonious and fulfilling partnership.

Tags: Bad Habits That Can Ruin Your Relationship