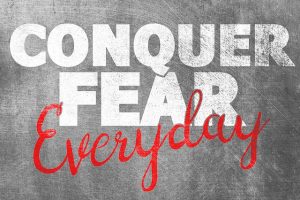 Success does not come by accident. Experts have found a certain type of behavior among successful people known as success mindset long ago. As they were able to identify the most common habits of successful people, they have also detected the most common enemies of success. Even people who have already gained success may struggle to maintain their progress in a long run. One of the most common traps that hit not only unsuccessful, but also highly successful people is complacency. Namely, whenever we become complacent with what we have achieved and stop progressing, we actually begin to move backwards. To avoid this trap, we need to constantly engage with recent trends in our chosen career direction, learn new things, and explore what our competition is doing. To find out more about the most common enemies of success, the article “10 Enemies of Personal Greatness” lists the following.

– Always taking the path of least resistance.
– Comparing yourself to everyone else.
– Worrying too much about what others think of you.
– Ignoring your gut instincts.
– Holding on when you need to move on.
– Living in the past.
– Doing the wrong things just because others are too.
– Allowing small problems to overwhelm you.
– Surrendering to the draw of comfort.
– NOT believing that you CAN.

Among the most common enemies of success we can address the need to making plans and strategies, but not taking action. Sometimes, we can talk more about our plans than take effective action. To overcome this trap, we may set up clear and measurable goals. Psychologists also advise us to split out one big goal in many achievable tasks. Each accomplished task will fuel our motivation and enthusiasm. It will move us closer to another task, then another, and so on. Whatever strategy we choose, the most important thing is to stick to it. Persistence and regular practice will help us build the habits and skills necessary for success. Positive attitude and inner strength will build a momentum and help us overcome the most common enemies of success.

Tags: The Most Common Enemies of Success?